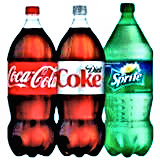 White Rum and diet cola is a favorite drink for many bar customers, but those that partake in the diet mixer will have up to 18% higher blood alcohol content than those who mix with higher calorie mixes.   This doesn’t just mean you are “blowing higher”, your blood alcohol content is actually higher.
“A study to be published in a forthcoming issue of Alcoholism: Clinical and Experimental Research, found that using diet soda as a mixer can dramatically increase breath-alcohol content (BAC) without increasing your awareness of being impaired.”
Research into the impact of mixers on breath alcohol concentration (BrAC) showed that those who drink white rum mixed with diet cola had higher BrAC than those who drink the same amount of rum mixed with regular cola.
Test subjects that consumed alcohol with low-calorie mixers had nearly a fifth more alcohol on their breath than their high-calorie counterparts, an article published in Drug and Alcohol Dependence said.   It referred to a previous study showing that as much as an 18% higher BrAC level was detected with carbonated diet soda compared to calorific soda.   The study suggests that alcohol is more readily absorbed into the blood stream with low-calorie mixers than with high-calorie mixers.
Consumers often try to limit the calorie intake of their alcoholic drinks by using diet mixers.  Those concerned about the speed with which they become intoxicated could rethink their choice of mixer based on the findings. 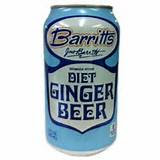 “Alcohol contains calories and consumers often limit added calories to alcohol the use of low calorie mixers,” the study, led by Dr Amy Stamates of Northern Kentucky University, said.   However, evidence from her’s and others’ research suggests that “mixing alcohol with diet beverages results in higher breath and blood alcohol concentrations (BrAC) when compared with the same dose of alcohol mixed with a sweetened mixer”.
You can read more on the subject at http://healthland.time.com/2013/02/06/diet-soda-mixers-can-lead-to-quicker-intoxication/