Bundaberg: A Down Under Rum 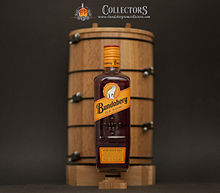 Bundy as it is known in Bundaberg, Queensland, Australia, the Bundaberg Distillery rose up in 1888 as a way for the town of Bunderberg's sugar plantations to deal with the  "waste molasses".    Bundaberg first started producing commercial sugar in 1872, but it didn't really start to take off until the early 1880's.    It was the growth of production that created the problem of what to do with all of the molasses that was  accumulating.      There were small distilleries popping up all over Queensland during this time, but they where barely putting a dent in the molasses being produced.    Several of the small sugar producers got together for a meeting in the Royal Hotel on 1 August 1885 and formed The Bundaberg Distilling Company.     The distillery was set up during this meeting with the leadership of W.M.C. Hickson (Chairman), W.G. Farquhar, F.L. Nott, S. McDougall, T. Penny, S.H. Bravo, and A.H. Young and started with a total capital of 5,000 pounds.     There were three people put in charge of the distillery operation, Fredric Buss, A.P. Barton, and F.L. Nott, these people very quickly began to produce a high quality rum that would become famous for it unique taste and smoothness. 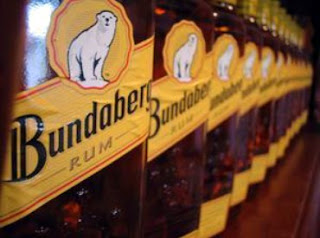 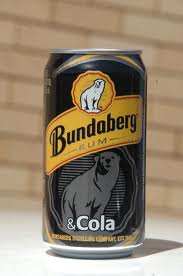 In 1888 the first barrel of Bundaberg Rum rolled off of the production line, and the start of a very colorful history in the world of Rum.    The original rums were bottled and sold in only two forms, overproof (115 proof), and underproof (74 proof).     The production of the rum was halted from 1907 til 1914 and again from 1936 til 1939 because of fires at the distillery.     H.T. Christsen Pty. Ltd. operated their bottling plant in the rear of a grocery and hardware store near the center of Bundaberg.     The original bottles were purchased for a penny each from "Bushell's Coffee Chicory", washed and filled with the Bundaberg Rum.    The Christsen's had unusual employment policy's, in that they would only hire from the "Salvation Army" because they felt that they would be less apt, because of their beliefs, to sample the product.     The original shape of the bottles remains the same today, but they have been enlarged to hold the current 700 ml currently being produced.    The also make a list of other spirits including a premixed "rum and coke", available in both draught or bottle. 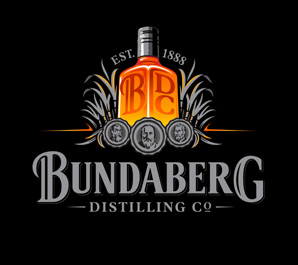 In 1961 the polar bear mascot was added to the label that would imply the spirit would keep you warm in any weather.       in 2000, the Bundaberg Distillery was purchased by the Giant British Spirits company Diageo.      Today the polar bear is being dropped and the images of the founding fathers is replacing it on the new label.    The new label is said to be capturing the "quality, authenticity and craftsmanship in Bundaberg Rum".     Matt Bruhn, marketing manager for Bundaberg said: "This is the first redesign for the brand since 2004.     Bundaberg rum's new iconography and packaging enhances the brand's strong credentials wilst highlighting it's origins and reputation as quality rum."     ;o)
Posted by Bahama Bob's Rumstyles at 9:57 AM No comments: