Alcohol is Not Sugar, No Matter Where It Comes From 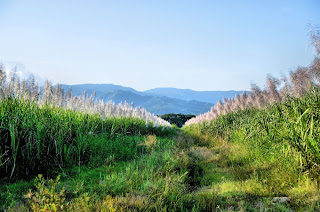 I get so tired of people telling me that they don't drink rum because it is "loaded with sugar".   This is a terrible misconception that I feel needs to be put to rest once and for all.  All alcoholic spirits are made from one kind or sugar or another that has had yeast added to it to produce alcohol.  The conversion of sugar to alcohol is a result of the sugar reacting with the enzymes in the yeast.  If the story ended here, the sugar content would be true to some extent, but the distillation process changes all of that.

"Regardless of whether the distiller is making whiskey, brandy, tequila, rum or vodka, what comes off the still is not sweet."  After distillation there is NO SUGAR is left in the product that leaves the still.  Just because rum is made from a derivative of the sugarcane plant that provides the majority of the sugar to the world, doesn't mean that the rum has sugar in it.   I've never heard people tell me that brandy or cognac is sugary, a spirit made from the juices of grapes or even tequila made from agave the source of one of the sweetest nectars available."

Whisky Origin:   Grain – barley, wheat, corn, or rye   When the grain  is cooked down the starches turn into sugars .
Brandy and Cognac Origin: Fruit mostly grapes    Fruit juice has a high sugar content.   Fermentation process turns the sugars into alcohol which is known as wine.
Mezcal and Tequila Origin:  Agave, a cactus like plant loaded with natural sugars  Fermentation turns the agave juice into alcohol

Vodka Origin:  Made from anything that produces sugars, grains, fruits, potatoes, and even sugarcane.    Because it is distilled to such high percentage it’s nearly pure ethanol. 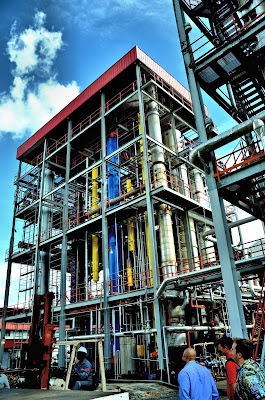 Here is where the misconception is coming from.   Many of the producers of rum will take the spirit upwards of 96% alcohol during the distillation process.  When the distillate reaches this level of alcohol it is what is called a "Neutral Spirit" or Vodka.   Vodka can be made from any plant whose sugars can be turned into alcohol with enzymes, including sugarcane.  You hear that the better vodkas have been 5 to 10 times distilled.  All this means is that they have had to distill it that many times to reach the 96% or so to reach the neutral spirit level. 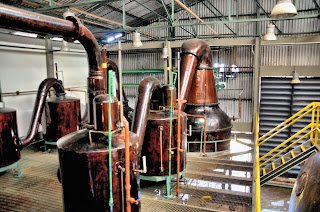 When your alcohol is this pure, it takes a lot of time in a barrel to mellow the spirit and they tend to be very dry in flavor.  For many producers, rather than letting their products age would rather add flavors, spices and yes sugar to simulate a properly aged and blended rum.  These are the products that have given rum it's sugar sweet reputation. 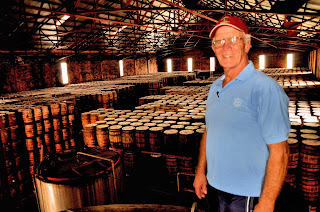 Good rum is a blend of pot distilled and column distilled rums that have been on an average distilled to 63% alcohol with only the hearts of the run being utilized for the final products.  After they are blended they are placed in barrels of many origins where they spend sufficient time to smooth and develop the flavor of the expression without the addition of sugars, glycerines or flavorings to achieve the flavor.   Rum is a fabulous spirit that unfortunately has been allowed to run unchecked throughout the world for too long and as a result the consumer can't tell the real rum from the contrived.  A simple matter of labeling would solve most of the problem, I have no problem with the people that make these artificially flavored rums, it just needs to be labeled like all other food showing the ingredients added to the distillate in production.