Having a Party, Diageo will Bring the Zombie to You House

In a article in Bloomberg Technology, Diageo announced that is bringing the party to your house
for $3300.00.  Just think about it a world class mixologist and all of the booze at your party while you can play along with the rest of the guests.


" 'At home, people are confident enough to make a gin and tonic, but the cocktail scene is still new,' said Kenji Jesse, who's running the bartender training program for the service. So far, he's trained up 10 mixologists, all of whom were participants in Diageo's "World Class" competition to find the world's best barman, for the new service, which has so far held two events."
"The Internet is the next frontier for Diageo and its closest rival Pernod Ricard SA, (RI) which are looking for ways to grow their businesses in developed markets like Europe, where discounting and fragile consumer confidence have hit sales."
This is a very novel idea being presented by such a very large company, though the program is strictly being offered in London at this time.    "While creating a website and putting in place systems to package and deliver purchases may have been costly to set up, it could be less expensive than the price of buying space to promote brands in a supermarket, Helen Blackholly,
senior director at consultant Alvarez & Marsal, said." 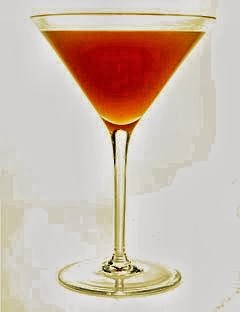 "At 2,000 pounds, the parties might be lucrative for Diageo, though they are clearly not for everyone. Should they take off, Diageo’s Jesse says he may train up to 40 more mixologists for the service."
Read More @ http://www.bloomberg.com/news/2014-03-07/for-3-300-diageo-will-make-you-a-zombie-in-your-house.html

Watch for other companies to follow suit, I think this is going to be a service that really takes off especially in the larger cities around the world.   One perhaps might make use of the service for a wedding, large family event or even for an office party, but I don't see myself spending that kind of money for an everyday get together with friends.  ;o)
Posted by Bahama Bob's Rumstyles at 7:00 AM No comments: