A Rum Distillery Near Charlotte?

Muddy River Distillery in Belmont, North Carolina is just that.  It is the oldest and the only "Legal Rum Distillery" in North Carolina, really making an original and the real thing. 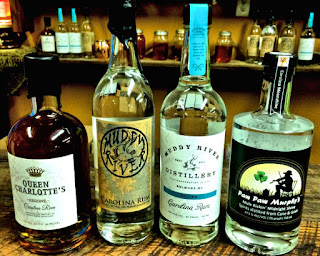 At just three years old, Muddy River Distillery is North Carolina’s first and oldest rum distillery since prohibition, staking claim on an as-of-yet untapped craft liquor market in a state that’s currently home to more than 100 craft breweries.   Banking on a trajectory that would follow that of North Carolina’s craft beer boom, founders Robbie and Caroline Delaney appear to have hit a home run with their rum distillery.   The two-person husband and wife duo took Robbie’s  at-home alcohol-making hobby from borderline obsession to full-blown business in less than a year. 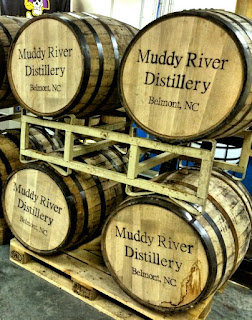 The idea first came to Robbie on a flight to Charlotte to visit Caroline when they were dating. While on the plane he read an article about the growth of craft breweries across the country and throughout the Charlotte area, thought to himself  that “Beer is already here. Why just be one of hundreds of craft breweries, when you can be the first craft rum distillery?”
Today Muddy River operates out of a sprawling 6,000-square-foot warehouse on the banks of the Catwaba River in Belmont, just to the east of the Charlotte Airport.  Robbie and Caroline are churning out 300 bottles of rum a day, making a real name for themselves.


Queen Charlotte Reserve is their nicest expression, it has enough flavor and smoothness to be sipped straight or on the rocks.   You generally don't find a sipping rum produced by a distillery that has only been around for a little over four years, but you will change your mind once you taste Queen Charlotte’s Reserve.