The Single Estate Rum from Georgia

This is a term that is creeping into the spirits industry, but what is it really?   What it is all about is taking a spirit back to its roots.  Growing the grains, sugarcane or other materials on the estate, harvesting them, and then producing the spirit on the same plantation.  This is what single estate is traditionally about, but there are no "cut and dry" rules about it as of yet.

At the Miami Rum Festival two weeks ago, I had the opportunity to spend some time with Erik and Karin Vonk or Richland, Georgia talking about their Vennebroeck Estate where they grow sugarcane, harvest it, and turn it into a fine Georgia Single Estate Rum.


Erik and Karin Vonk  bought a large tract of rolling land outside of Richland. They named their farm Vennebroeck, Dutch for “ponds and brooks.”   Beyond the spot’s natural beauty, the Vonks were intrigued by the area’s history of sugarcane farming, which scratched an old itch. “I just sort of had this ‘aha’ moment,” Erik says. “I’ve had a strange fascination with rum for a very long time.”
They started in the late 1990s, they set out on his quest to grow, distill, and barrel-age sugarcane into something that would evoke the lost character of pre-Prohibition rum.    He is quick to point out that nearly all commercial rum today is made from molasses, the by-product of sugar refining—rather than the cane syrup used during the eighteenth and nineteenth centuries.   Working with the University of Georgia extension office, Erik Vonk identified the variety of cane that grows best in southwestern Georgia’s climate—Georgia Red—and secured permission to build a still for personal consumption. 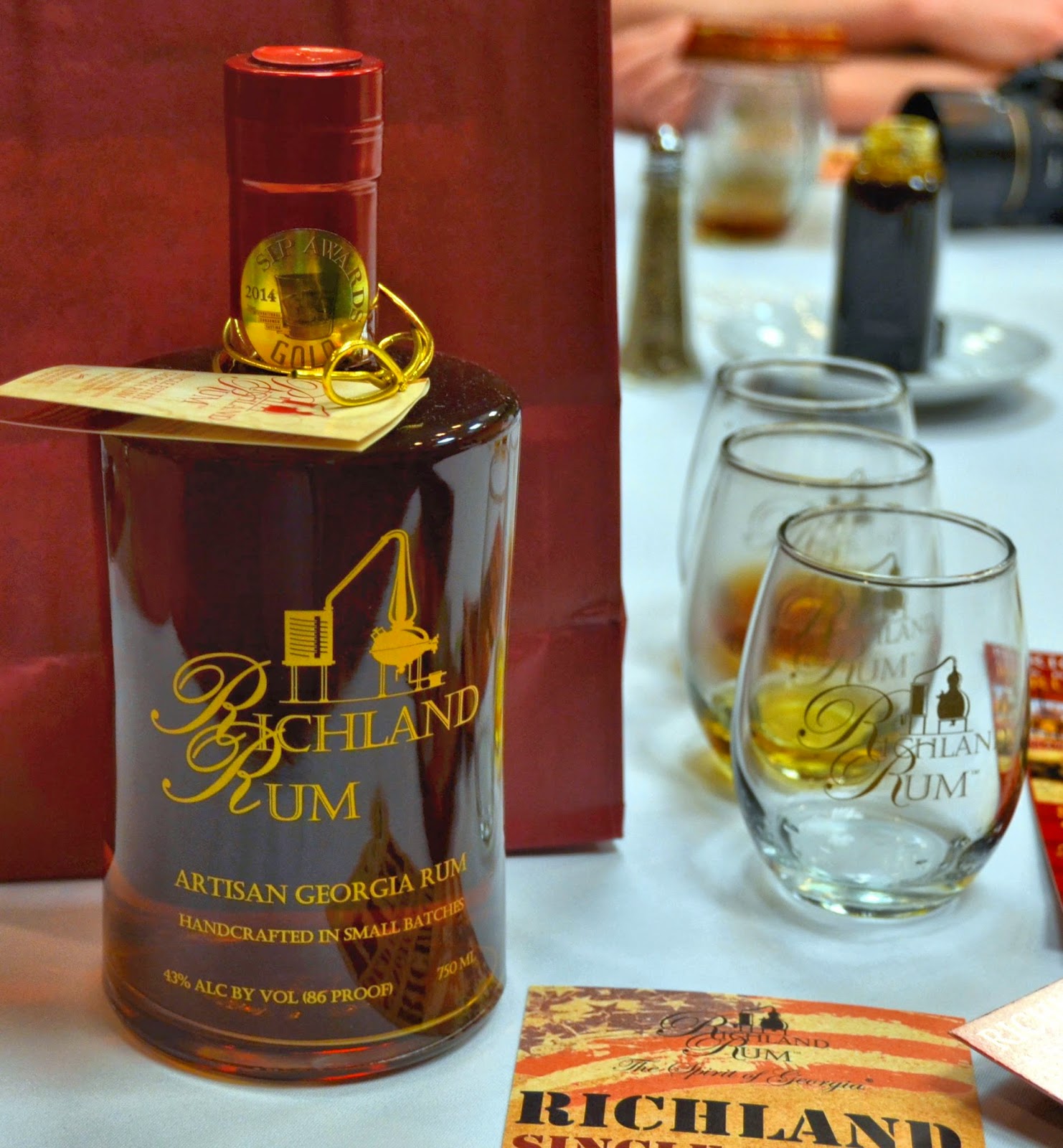 When he decided to turn his hobby into a business, in 2007, Vonk knew he would need to jump through a few regulatory hoops, as Vennebroeck straddles two dry counties. As luck would have it, Richland had a long-standing law allowing alcohol within its limits, and the town council was eager to repopulate its long-shuttered downtown storefronts. Vonk selected a general store that had been boarded up for more than a quarter century.
“Sometimes people got angry,” Vonk says of that first year. “One guy told me I was an idiot not to have any rum to taste. I told him it just takes time.”
They have found a number of obstacles that got in their way over the year, but they have persevered and are now producing a true Georgia single estate rum.  Richland Rum is a full bodied rum with some of the better characteristics of a fine agricole.  It has a pale amber color, with attractive aromas and flavors of coconut creme brulee, mocha, polished wood, and toffee.  The finish is a supple, dry,  nutty, spicy, coppery taste to the finish.  This is a dry, serious oak aged pot still rum for sipping or bold cocktails.  Erik puts it best when he says that his rum only has three ingredients, Sugarcane Juice, Yeast and pure Georgia aquifer water, that is all you need.
Today it is only distributed in Georgia, but there are plans for Florida distribution very soon.  ;o)