New High Tech Fake ID's, What Next to Trip up The Sellers of Alcohol? 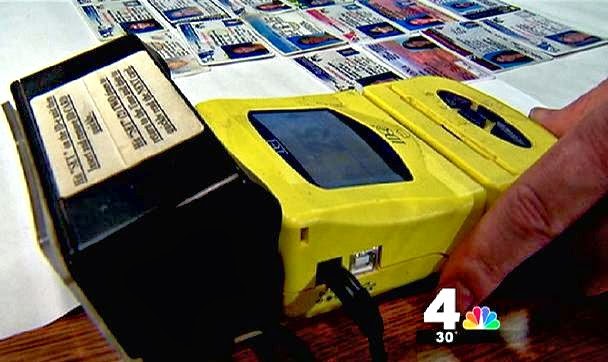 As though we don't already have enough pressure on us as bartenders to spot the under age people's fake ID's out there, but now they can fool the scanners the police are carrying.   Tell me, how are bartenders with only their eyes expected to make a decision as to what is real and what is fake.  This is becoming a serious problem, and one that can cost a bartender a lot of money if they get scammed by some of these new generation high tech fakes.   Below is a story that was on NBC 4 News that did some investigation into them and they found some very interesting things.

trying to buy cocktails.  Today there are


A new generation of fake driver's licenses has infiltrated the Washington, D.C. region, many of them sophisticated enough to fool law enforcement and scanning devices, according to a review by the News4 I-Team.


Montgomery County Department of Liquor Control officials reported an influx of thousands of phony licenses in recent months, including a series of fakes that successfully tricked the driver's license readers utilized by county police officers during traffic stops.

An overwhelming number of the licenses were confiscated from teenagers, who'd used the licenses to purchase alcohol at restaurants or retail stores.


"They look like the type of identification you'd go to the motor vehicle department and purchase," Montgomery County Police Sgt. Mark White said. "Some people are trusting these [licenses] so much, they're actually passing them as legitimate driver's licenses to police."


Law enforcement officials suspect the latest wave of IDs was generated in China. The driver's licenses are manufactured there, officials said, then sold online to American teenagers.


Police said some of the sites, including vendors which were recently scrutinized by Congress, sell licenses for approximately $150.


Customers send credit card information or cash overseas to the site operators and later receive the phony identification in the mail.


Lee Williams, an investigator for Montgomery County, said the ID manufacturers have meticulous attention to detail, and include some of the microscopic details featured in legitimate state driver's licenses, including watermarks and fine print.
Read more at http://www.nbcwashington.com/news/local/Some-New-Fake-IDs-Pass-as-Legitimate-Licenses_Washington-DC-250275301.html
First they were stealing our identity, now they have ID's that can fool the scanners and the police.  The system does need tom updating.  ;o)
Posted by Bahama Bob's Rumstyles at 7:00 AM No comments: