A tiny uninhabited Orkney Island, located in Northern Scotland, has started producing rum.  The island of Lamb Holm is best known as the location for the Italian Chapel but it is now also home to one of Scotland’s few rum distilleries.   J Gow Rum aims to produce between 12,000 and 15,000 bottles a year.  Named after notorious Orkney pirate John Gow, the distillery laid down its first barrels, thought to be the first ever laid on Orkney – in mid-August.  Orkney island of Lamb Holm, now one of the smallest rum-producing islands in the world. 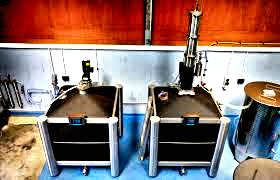 As it prepares to launch its inaugural product, a spiced rum, to date J. Gow has produced 38,000 litres of wash from six tons of molasses and distilled 20 runs on the still.  The resulting liquid has been decanted into Italian chestnut barrels, chosen for their compatibility with the cold Orkney climate.   Former former whisky casks are currently being reconditioned and will be filled in the coming weeks and months.  J. Gow Spiced Rum is “made with a blend of spices from around the world including two secret ingredients grown in Orkney”, and will offer citrus and cinnamon notes with a hint of vanilla and a “warming spice finish”. 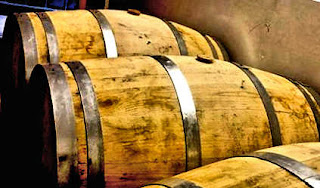 Colin van Schayk, whose family own a wine business – Orkney Wine – also based on Lamb Holm, is behind the scheme.  He said: “It’s a light golden rum with hints of orange, cinnamon and vanilla. Ultimately we want it to be super smooth so you can drink it without mixer, because you should be able to drink it straight or with your favorite mixer.”


A release date has not yet been announced. The distillery also plans to release a second variety of barrel-aged rum will be released in the near future, with “an entire range of products” to follow.
Posted by Bahama Bob's Rumstyles at 5:12 AM No comments: