Several Puerto Rican government figures have partnered with rum distilleries on the island to launch a campaign to “expand the knowledge base of rum in Puerto Rico”. 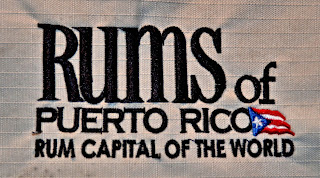 The Rum Standard campaign was launched by the Puerto Rican government and distilleries on the island.  The Rum Standard campaign has been launched by the secretary of the Department of Economic Development and Commerce, Manuel A Laboy Rivera, and the executive director of Rums of Puerto Rico, Alexandra Salgado Colón.   The campaign aims to highlight the four regulations that apply to all rums made in Puerto Rico – that it must be made from molasses, produced using a continuous distillation process, should be aged for at least one year in American oak barrels and produced in Puerto Rico.

Laboy Rivera said: “We are confident that with this campaign, the production, sale, and export of Puerto Rican rums will continue to grow. With this promotional effort we aim to increase the number of people in the world who know and love Puerto Rican rum.  “We will present it at events where we participate, in and out of Puerto Rico, and through the various networks of the government of Puerto Rico that promote the island internationally.  “The commitment of our administration and governor Ricardo Rosselló Nevares, is to continue supporting this industry because it is a high quality local product that has gained international recognition.”

The campaign consists of seven videos, five minutes each, that summarise the history and the process of making rum on the island. The Rum Standard campaign also features a one-minute video that summarises what the Rums of Puerto Rico brand is all about.  As part of the campaign, RumCapital.com has been redesigned and relaunched to offer information and insight into the production of Puerto Rican rums.  According to Laboy Rivera, the Puerto Rican rum industry generates more than US$300 million annually for the local economy and represents 700 direct jobs in rum distilleries.


Posted by Bahama Bob's Rumstyles at 5:24 AM No comments: