Members of the US spirits industry have hailed the introduction of a new bill that would significantly cut tax for both large and small distillers. 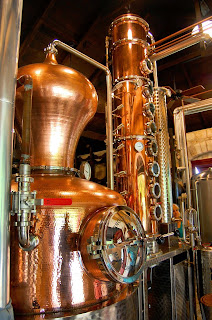 Discus and the ACSA successfully lobbied for the introduction of a new bill that would significantly cut spirits tax in the US.   House representatives Todd Young and John Yarmuth have put forward a new bipartisan bill, titled Distillery Innovation and Excise Tax Reform Act of 2015.   If approved, the legislation will see the current tax rate of US$13.50 per proof gallon to US$2.70 per proof gallon on the first 100,000 gallons for all distillers, regardless of size. After the 100,000-gallon threshold has been passed, the bill sets a rate at US$9.00 per proof gallon.
The legislation has been supported by both the Distilled Spirits Council of the US (Discus) and the American Craft Spirits Association (ACSA), both of which also claim the bill should apply to imported and domestic spirits.   “It is significant that the distillers of all sizes are united behind this important hospitality industry legislation,” said Distilled Spirits CEO Peter Cressy, who will retire from the role later this year.   “We thank the sponsors for recognizing the economic impact passage of this bill will have for our industry.”
Read More at http://www.thespiritsbusiness.com/2015/05/big-and-small-us-distillers-hail-new-tax-bill/
This bill will have a wide reaching  effect on not only the spirit industry, but the Service and tourism industries as well this can have a real trickle down effect that will benefit all who are a part of the spirits industry.