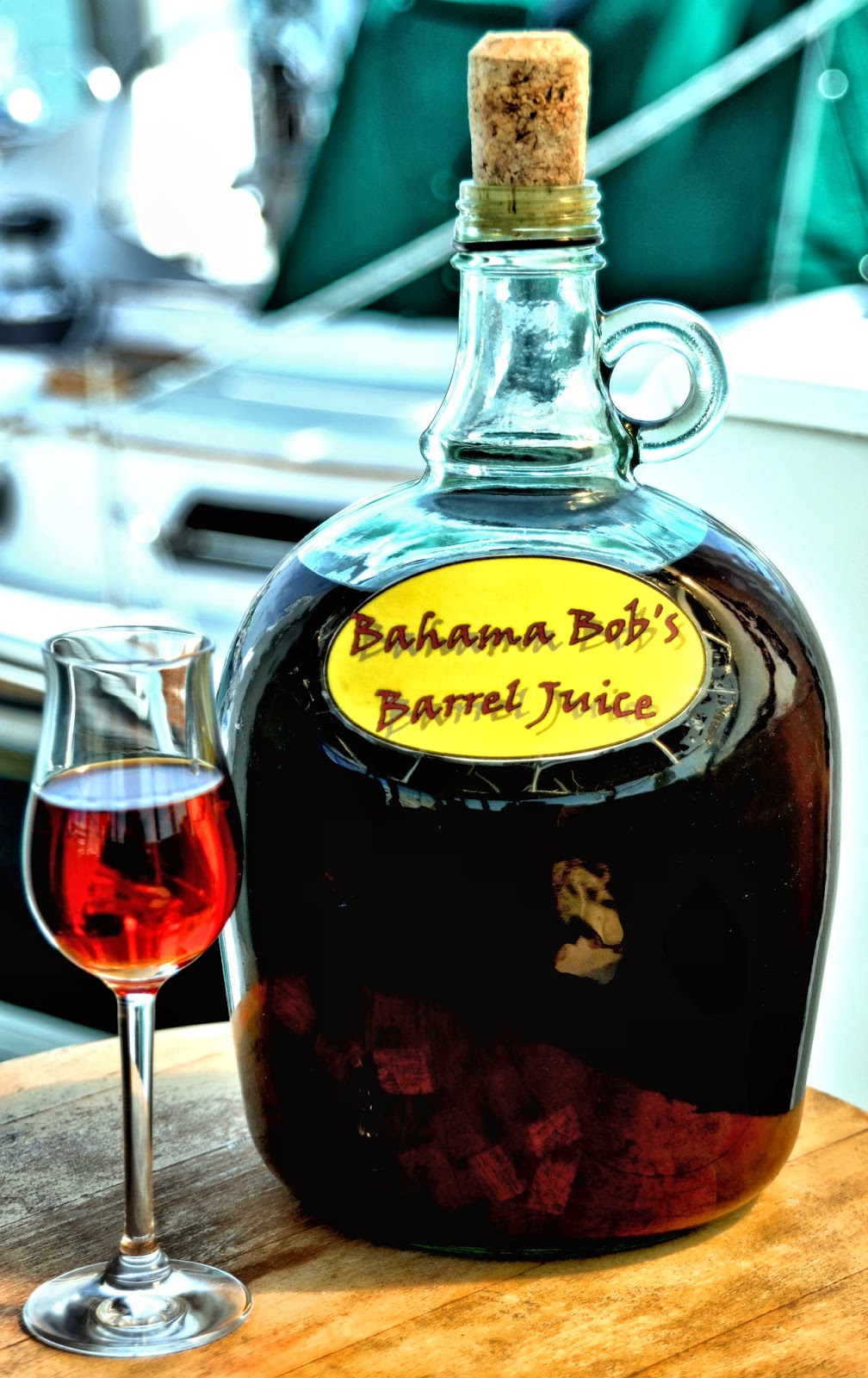 Bahama Bob's Barrel Juice makes it's debut at the Rum Bar at the Speakeasy Inn here in Key West on Thursday.  This is the third generation of these unique rum expressions.   A little more is learned with each generation and this one is by far the best of the breed.

151 proof rum that is being aged in a bottle through the exposure to cubes of former rum barrels from Grand Cayman and the Cayman Spirit Company, makers of Seven Fathom Rum.   The barrel cubes were soaked in a mixture of Agave nectar and Rhine Wine for 3 months before the mixture was dumped and replaced with 151 proof rum and allowed to rest for another 3 months.

The wood of the barrels and the saturation with wine and agave nectar adds an unusual flavor profile to the mixture.  This is by far the smoothest and most lingering flavors of all of the juices to date.   The notes of the wine along with the touch of sweetness from the agave nectar gives Bahama Bob's Barrel Juice a very nice sippable flavor.  The fruity flavor seems to linger and linger long after its smooth finish.   There is still a warmth from the high proof, but very mild by comparison to this rum straight out of the distiller's bottle.  There is a finishing being done by the oak that the previous juices lacked.


This will be an opportunity to enjoy the flavor of the newest of the line of Bahama Bob's Juices,
and a really fun and rewarding experience.  Come join us on Thursday or Friday if you are in the Keys for the next of the line of fun rum juices.  ;o)
Posted by Bahama Bob's Rumstyles at 7:10 AM No comments: