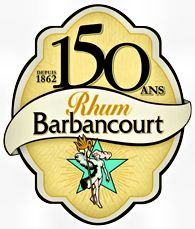 Rhum Barbancourt is probably the only stable entity in Haiti.  Over the past 150 years they have had thirty-two rulers toppled, the presidential palace burned twice and again is lying in ruins.    A country that has had the United States troops running the country many times.   In the past 150 years the only thing  that stands stably in the country is Rhum Barbancourt.

In 1862, Dupre Barbancourt, a native of Charente, France, finalized his recipe for a rum that still bears his name.    This double distilling method called "Charentaise" was reserved especially for cognac but became destined to be the method for an internationally awarded Rhum recognized around the world. 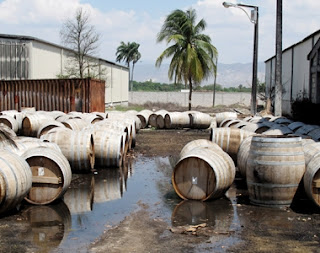 Barbancourt had produced rhum continuously for 148 years prior the the January 12, 2010 earthquake that devastated Haiti.    Gardere expected major damages to his aging areas and that stocks would be lost.   Nearly a third of the 800 barrels of rhum flowed on to the ground.  The first order of business was to put the aging rooms back into order.  Repairing and replacing the damages oak barrels was the first order of business.   Many of the barrels that were not to severely damaged were repaired using pieces from the badly damaged ones.  More barrels were brought in from France to replace the more severely damaged ones.  The distillery's workers  wasted no time in repairing the facility, by May the plant was producing and bottling rhum again. 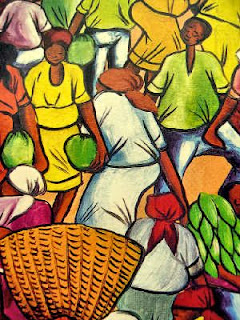 The strength of leadership and the desire and pride of the workers have brought Rhum Barbancourt back from the brink and producing the same quality products that it always has.   If you haven't tried any of the fine Rhum Barbancourt products, you owe it to yourself to pick up a bottle and enjoy the fruits of this 150 year old recipe.   ;o)

Posted by Bahama Bob's Rumstyles at 11:57 AM No comments: