As we become closer and closer to a settlement of the Cuban Embargo, the problems between Pernod Ricard and Bacardi over the Havana Club brand name become seriously larger.   There is a strong case on both sides for who is authentically representing the brand name to the world, but the politics between the US and Cuba have made the issue very cloudy.  It is interesting that the 15 year expression of Havana Club is being produced at the Santiago de Cuba rum factory that once belonged to Bacardi.

I found an interesting article in the London Financial Times dealing with this subject and I'd like to share a portion of it with you today. 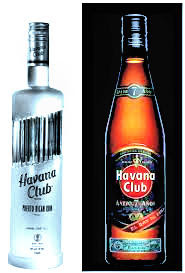 "Would the 'real' brand please stand up?" That is a complicated question at the best of times. But when the brand is Cuban, it gets more complex still.   Cuba produced the most charismatic revolution of the 20th century. But, with the socialist island slowly re-embracing capitalism and seeking rapprochement with its arch-enemy, the US, the "real Cuba" is in a state of transition.   That transition, in turn, sets the stage for one of the most colorful marketing clashes of modern times, the battle for the "soul" of true Cuban rum, a contest that pits Bacardi, the Bermuda-based company, against Pernod Ricard, the French distiller.   Both drinks groups claim to purvey the "real" thing. But both, perforce, have taken different routes to buttress that claim.

Bacardi, which has its roots in 19th century Cuba and is owned by an exiled family, extols its heritage and Cuba's pre-revolutionary days.   "Bacardi - untameable since 1862" runs the company slogan, a true enough comment.   Bacardi was Cuba's best-selling rum before the 1959 revolution and, in exile, has become the world's largest privately owned drinks company.

Pernod Ricard, by contrast, is a relative newcomer. For two decades, it has produced Havana Club rum with its joint venture partner, state-owned Cuban rum, and sold it around the world, except in the US.   It calls Havana Club "the genuine, iconic Cuban rum".    "The brand is an icon," says Jérôme Cottin-Bizonne, chief executive of Pernod's Havana Club.   "It is an expression of Cuban culture." 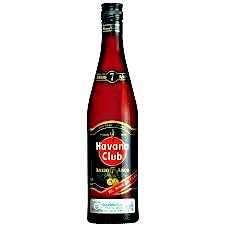 That is half true. Before the revolution, Havana Club was only a minor brand.    But as it is now actually produced in Cuba, while Bacardi's rums are largely produced in Puerto Rico, the claim to authenticity is credible.   "In our experience, consumers are attracted to authentic brands," says Charlie Rudd, chief operating officer of BBH London, the advertising and creative agency. "That is why advertisers invest time and energy to demonstrate where they came from and what makes them special. With this in mind, it looks as though Pernod Ricard has a trump card."

A further complication lies in the companies' battle over the "Havana Club" marque - which Pernod owns, except in the US, where Bacardi has the rights.  The contest will surely escalate should the US embargo finally end, and Pernod can then sell its "Havana Club" in the US, in competition with Bacardi rum and its own "Havana Club".   The brand battle for "authenticity" goes on, although there is no correct final answer - just as there is no "real Scotch" - and in the end it boils down to questions of personal taste and market access.     Still, the clash is a measure of changing times.   A revolution that once won international followers with its global image has now partly resolved down to the rival marketing strategies of two very capitalist companies.

Posted by Bahama Bob's Rumstyles at 6:20 AM No comments: