Norman Island and the Willie T

Nestled in a cove next to Norman Island, the William Thornton lies at anchor ready for some of the craziest antics and fun people anywhere in the Caribbean.  The "Willie T" as she is affectionately know is truly a party barge that rally knows how to party.

William Thornton was born on May 20, 1759, on Jost Van Dyke, in the British Virgin Islands and died on March 28, 1828, Washington D.C. He was educated in Scotland as a physician, but rarely practiced his profession. As an architect, Thornton was self-taught. He also was a painter, and an inventor. William Thornton’s plantation on Tortola was located in the Pleasant Valley area near Nanny Cay.
Other than our floating restaurant, William Thornton’s greatest claim to fame is the design for the United States Capitol Building!   His design was submitted after the competition of 1792 had closed, and was approved by President Washington, who praised it for its “grandeur, simplicity and convenience.” A prize of $500 and a city lot was awarded to Thornton on April 5, 1793; he is thus recognized as the first “Architect of the Capitol”.

The current vessel is the second vessel to carry the "Willie T" name.  The William Thornton, began life a number of years ago as a Baltic trading vessel.   Mick and Annie Gardner launched the restaurant in 1989, moored in the same location in the Bight at Norman Island.   The original wooden William Thornton .   After it sprung a leak and sunk, the original  wooden Baltic trader was replaced with the William Thornton we all know today, a steel 100 ft. shunner with substantially more room both in the galley and restaurant, but also the bar area.   The “new” William Thornton also features a very large aft bridge deck. This is where you will find all sorts of shenanigans going on. 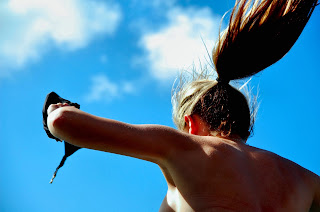 Today it has been refurbished a bit replacing many of the rusting rails and deck supports with sturdy wooden posts, and a  new paint job, but the party is still going strong on the Willie T with people jumping off of the upper deck naked and body shots on the bar.    The craziness goes on both day and night virtually every day.  This is one of the "don't miss" stops on your Virgin Island Vacation and one for those who carry the crazy Caribbean party genes.  ;o) 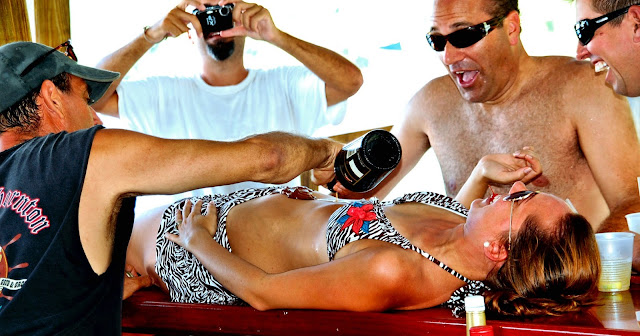