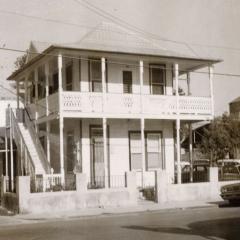 Beside the obvious speakeasies and rumrunners of the period, a lot of other interesting events happened during this period.    It was prohibition that really gave Key West's economy a boost that it really needed at the time.    Wrecking was gone because of maritime law change and the cigar trade had moved to Tampa.    The Navy had limited their personnel from many of the downtown bars and clubs, so business was fading.     Prohibition profits were a definite shot in the arm for Key West's economy. 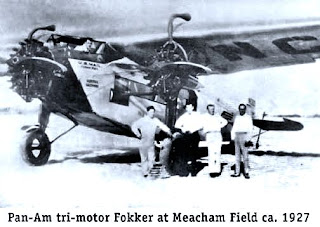 Rum from Cuba and whiskey from the Bahamas and the British Isles mad many Key West businessmen wealthy during the era, but the interesting part was how several smart entrepreneurs set up transportation for the wealthy to travel to Havana, Nassau, and other open countries for the purpose of party and booze.     Aeromarine Airline (Pan American Airlines), a Key West based operation became known as the "Highball Express" because it was known for taking "dry" wealthy Americans to "Wet" islands of the Caribbean during the prohibition years. 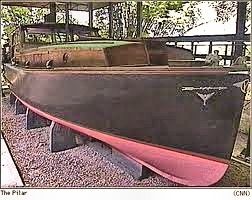 Several charter boat operations would travel the 90 miles to Havana for the same purpose.    Joe Russell (Sloppy Joe) and Earnest Hemingway would often make the crossing to fish and hit the bars of Havana.   Many of these adventures were inspiration for some of Hemingway's books like "Islands in the Stream" and "The Old Man and the Sea".     May of these trips were made on Joe Russel's boat the Anita and others made on Hemingway's Pilar named after his wife.

As you can see, the days of Prohibition were colorful and gave people a chance to use their ingenuity for profit in many many ways.   Still one of the most colorful eras of our history, Prohibition provide us with much more that gangsters and pirates.     ;o)
Posted by Bahama Bob's Rumstyles at 8:48 AM No comments: