The National Transportation Safety Board (NTSB) is proposing lowering the legal limit for driver's blood alcohol concentration (BAC) from .08% to .05% as a means of reducing the drunk driving fatalities.    On the surface, it seems like a very simple thing, lower the blood alcohol concentration limit and you lower the drunk driving fatalities, but all it is really going to do is criminalize the responsible social drinker and really do very little for making the roads safer.

Mothers Against Drink Driving (MADD) feels that this is the wrong place to focus upon the problem.   They really don't have a problem with lowering the legal limit, but Jan Withers, National President of MADD, feels "the issue with lowering the legal limit is that it will take a lot of effort for a potential result that is many many years down the line". MADD isn't opposed to lowering the legal limit in principle, but feels that it is the wrong place for the government to put it's focus in the battle against drunken driving.  This is the feeling of many others involved in the battle also.   MADD is supporting the efforts of placing interlocks on the ignition system of convicted DUI offenders, (A device like a breathalyzer that will not let the car start if the driver blows .08 of higher.) putting a focus on "hard-core drunken drivers, and a better education programs. 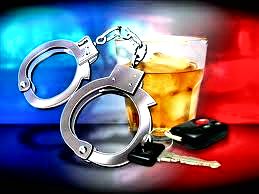 The other problem is that there is no direct correlation between the BAC and the number of drinks that a person consumes.  The body weight, metabolism of the individual, and other factors play important roles also.   When the percentage was dropped from .1% to .08% in 1983, the highway deaths cause by alcohol impaired drivers dropped 50% from 21,113 in 1983 to 9,8878 in 2011, but the real issue is that it took nearly thirty years for this to occur, and the advent of many auto safety equipment also had an impact on the numbers as well.  The information provided by the American Beverage Institute ( Trade organization made up  of 8,000 restaurants that serve alcoholic beverages) said that fewer that 1% of the crashes involving alcohol have occurred with drivers showing less than .05% and .08% BAC.   The institute believes that an effort to tighten the penalties for repeat and habitual offenders would have better results. 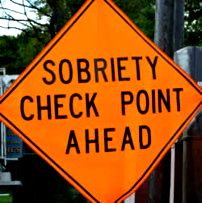 The real issue in my mind is that there needs to be more people being more responsible for their own actions and others around them willing to do what is necessary to keep their friends and acquaintances off the road when they have had too much to drink.  It is too easy to say that "I don't want to get involved" and let someone go ahead and drive impaired.  The government hasn't yet learned that Americans are going to drink, prohibition was a failure in the twenty's and will fail again in this century.   The key to solving the problem is for the responsible drinker to "get involved" and keep your friends and relatives from getting into trouble when they have been drinking.   I firmly believe that drinking and driving is really a bad thing, but this is a social issue that need to be approached on an individual level and not an opportunity for another expensive government intervention into our social problems.  Putting the efforts on the core of the problem would yield better results and not hitting the 1% of the problem.   Repeat and habitual drinkers that didn't have just one to many are the real core of this problem, this is the part of the demographic that needs the attention.
Posted by Bahama Bob's Rumstyles at 8:34 AM 1 comment: