Who Do the Rum Smugglers Really Hurt?

In a smaller country like the Dominican Republic, it is a very significant problem.   The smuggling of Rum and Tobacco products is costing the country millions of dollars in tax revenues.   This is just the tip of the iceberg though,  The loss of sales to the retailers, wholesalers, and manufacturers of legitimate products are also feeling the bite of these activities.   This is a chain of events that is seriously having a negative effect on the entire economy of the Dominican Republic.


He said manufacturing and illegal commerce in rum and cigarettes which evades taxes, are adulterated, smuggled or of dubious origin, reveal a trend that he affirms requires attention. “It’s time to revert it before it becomes uncontrollable.”


He said the illegal activity has harmful consequences for the government, retailers, formal productive sector and citizens. 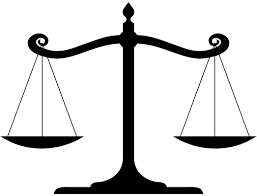 A lot of people look upon this as a way for people to get cheap tobacco or rum, but is reaching deep into the pockets of those that need the most help when large amounts of revenues are lost like this.  This doesn't even consider the cost of tracking down the culprits and bringing them to justice.
Posted by Bahama Bob's Rumstyles at 7:00 AM No comments: