Why Do People TALK LOUDER When They Drink Alcohol? 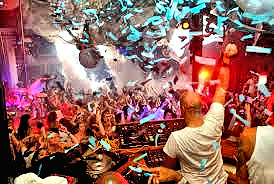 Alcohol may get the conversation going at a party, but as the drinks flow you'll find it harder to tune in. Dr Karl explains how alcohol affects your hearing.   You can't pinpoint it exactly, but there is an obvious change in the party mood, when people's alcohol levels reach that point where they loosen their inhibitions, and start relaxing and dancing.  The obvious clue to the alcohol taking effect is that the noise level goes up.

Why does the party get louder when people drink more alcohol? What is the alcohol doing to the brain, and what are the flow-on effects?   Alcohol, known as ethyl alcohol it has wondrous properties.   It can remove oil stains from the garage floor, store body parts and axolotls beautifully for centuries, and in small quantities can improve your mood and self-confidence, and get the conversation flowing.  In bigger doses, the effects are less wondrous. It can interfere with your fine muscle control and your higher mental functioning, which messes with your decision making.

But getting back to party mode, usually what you get is just that sudden increase in noise - thankfully!
We're still not entirely sure as to what is going on, but it seems to involve a feedback loop. Once you have a few drinks, your sense of hearing is impaired. So when you speak, you mistakenly think that you are talking more softly than usual. To compensate, you (without even thinking about it) automatically start talking louder.   Sound information is carried from your eardrum to the central processing center inside your brain. How does alcohol affect your hearing? The simple answer is that we don't know.

This hearing loss might be a direct toxic effect, or anaesthetic effect, or osmotic effect - or something else. We don't even know exactly what part of the hearing chain it affects.   The alcohol might be acting on your ear drum, or the muscles that can pull on the ear drum to quieten down the outside world, or the cochlea, or the acoustic nerve that carries the information into your brain, or it could be acting on that area that processes this information.  Even so, regardless of the exact pathway by which it happens, once you've had a few drinks, you hear yourself as if you are talking too quietly. And to compensate, you start talking loudly.

Interestingly, alcohol effects on hearing are different for men and for women.  In typical studies, men and women (in a double blind situation) drank juice, either with, or without, alcohol. Then, once the group drinking alcohol hit around around 0.03 per cent, their hearing was tested at six different audio frequencies running from low to high.   On average, the men would lose between two and nine decibels (dB) of hearing, while women would lose more, between five and twelve dB.   A lot of hearing was lost around the 500-1,000 Hz range - which are frequencies where a lot of speech happens.

But the hearing loss was different for long-term drinkers. They tended to have permanent hearing loss, and more often, at the higher frequencies.   We're not sure why.   There are many causes of hearing loss in our modern industrial world. Social drinking in the evening for most people usually happens in a noisy bar. This adds to the noise-induced hearing loss they may have picked up during the day. 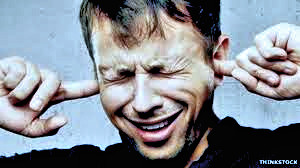 We worry about getting blind drunk. But maybe a greater concern for the inebriated, is getting deaf drunk ...