Since president Obama's announcement of easing of the relations with Cuba late last year there has been a serious buzz from many Americans that want to visit the island.  The airport in Havana is very similar to most small Caribbean islands in that there are no jet ways, or other modern people movers there.  Since the infrastructure of the island is not ready at this time for a huge onslaught of aircraft the idea of a high speed ferry that will run from the keys, and specifically Key West just 90 miles from Havana would be a great idea.

Soon, Cubakat will be inviting you and your family to come and join us for an extremely comfortable, safe, fun and one-of-a kind experience aboard our high-speed catamarans with daily trips between Florida Keys and Havana."
CubaKat had the same idea and are in the process of working with both the Cuban and the United States governments to work out the logistics of this happening as soon as they finally drop the travel restrictions for the general population of America.  CubaKat says, " 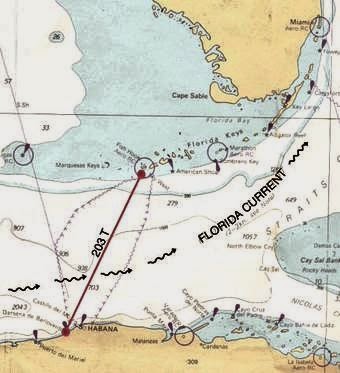 "CubaKat says it is working toward December 2015 as its official launch date, according to their web site, although that would require clearing a host of governmental hurdles, from customs to the laws of the embargo itself."    According to CubaKat’s release,  “While we are not currently operating ferry service from Florida to Cuba, we are working very closely with both US and Cuban authorities and other partners to gain full governmental approval for our service.”  While purely touristic travel is still prohibited for US travelers to Cuba despite the recent rapprochement between the US and Cuban governments, a number of categories of travel are legal; those are the categories through which CubaKat would apparently debut under.  Should the restrictions be lifted, the ferry service would open up a resumption of a service that was enjoyed by Americans before e the  Embargo, a regularly scheduled service between America and Cuba.

While the Keys and particularly Marathon would reportedly be the primary potential port, the company’s web site says CubaKat is “evaluating options including Key West, Tampa and Miami.”

I would take the ferry in a New York Minute, the Ferry from Fort Myers to Key West takes just under three hours for the journey of 100 miles.  The distance to Havana is about the same.  It is possible to go the Havana for a day trip and be home for dinner.  I'm very excited about the possibility and all of the possibilities that it will offer for fun trips and adventures in Cuba in the very near future.  ;o)