Fourth of July and Rum They're are Closer than You Think 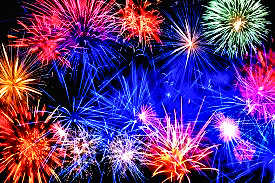 If you are looking for a patriotic reason to enjoy an alcoholic beverage on Independence Day, look no further: eighteenth-century Americans would not have dreamt of celebrating the triumph of independence any other way.   During the colonial and revolutionary eras, rum was the alcoholic drink of choice for American colonists, consuming about 3.7 gallons annually each at the time of the American Revolution.   In the decades immediately following the American Revolution, Americans drank more alcohol per capita than ever before or since.

On the second Independence Day in 1778, George Washington ordered a double ration of rum for American soldiers fighting in the Revolutionary War to celebrate with.   Britain sought to control the flow and impose taxes on molasses that was a must for rum production.   George Washington’s political, military, and personal relationship with rum exemplified the centrality of the drink to colonial society and American independence.

English rum distillation originated in Barbados in the 1630's.  In the late seventeenth century, New England began distilling rum.  America’s production of rum boomed, as the colonies traded excess grains for molasses with Caribbean territories. The English Navigation Acts restricted trading for molasses with only English colonies.   However, American colonial merchants got around the regulations by smuggling cheaper molasses from French colonies, particularly Saint Domingue (Haiti), in the West Indies.   The 1733 Molasses Act imposed legislation aimed at limiting colonial access to foreign molasses.   Large-scale smuggling of molasses became even more commonplace as a result from this Act.  The Molasses Act anticipated controversial British policies toward the American colonies in the 1760's. In 1764, Britain passed the Sugar Act, legislation that lowered taxation on molasses from six pence per gallon to three, yet encouraged the British Navy to put an end to smuggling.   The tight regulation of molasses, accompanied by a war on colonial merchants, conducted by the Royal Navy, ultimately contributed to the American Revolution. 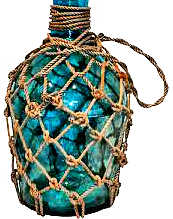 Even though there were other issues, the attempts by the King to stifle the rum industry during this period led us to our independence in 1776.  Tomorrow we celebrate this independence that we cherish to highly.

Posted by Bahama Bob's Rumstyles at 5:35 AM No comments: