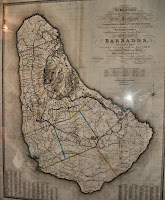 The history of Barbados has been steered by the story of sugar.    In the 18th century, the British were consuming sugar at a tremendous rate and the Island of Barbados was responsible for a lot of the sugar production in that era.     There were several sugar plantations growing the sugar cane on the island and factories that were processing it.     The need for manpower for the industry led to the importing of slaves from Africa from the early 1700's until the early 1800's, and soon after, the sugar for slaves and rum began.     The sugar production in Barbados provided 90% of it's exports.    By the onset of the industrial revolution a lot of the labor intensive work was being performed in factories by machines and the use of the slaves was being relegated to the fields cutting the cane. 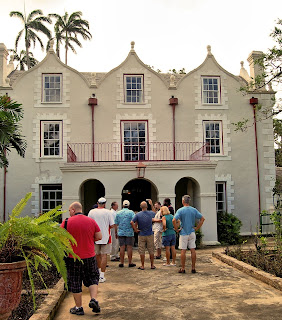 St. Nicolas Abbey was one of the sugar plantations of the era that today is being meticulously restored by Larry Warren and his family.   This magnificent property was originally owned by two men, Col. Benjamin Berringer and Sir John Yeamans.   They each had plantations that were adjoining, but disputes had occurred over the property line on a regular basis.    As it would turn out Berringer and his wife would split up and Yeamans married the former Mrs. Berringer after Benjamin's death which occurred under some questionable circumstances.   The two plantations were merged and have been since that time.   The 350 plus acres make up the St. Nicolas Abbey today. 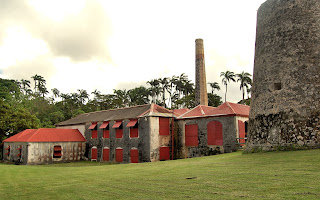 Like in the past much of the land is devoted to growing sugar cane that is processed in the factory that is operating  on the property today.  The major difference is that the cane juice is made directly into rum instead of being processed into sugar.    The still and the cane crushing machinery are a very interesting part of our tour of the property. 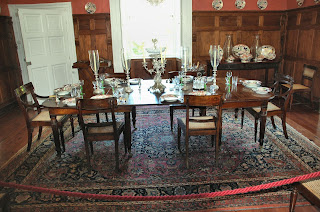 As you move through the Jacobean style great house, the opulence of the sugar barons of the era is so apparent.   The fabulous living room, dining room, and study make it clear how well off they really were.    The plantation gets better and better with each year that I have visited and the opening of new areas to the public reveals the elite lifestyle they lived. 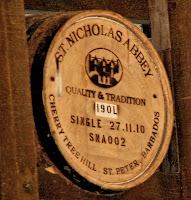 Today the Warren's are making high quality rum at the plantation that you can purchase and have the bottle engraved to and your own preference.    Larry and his family has spent a great deal of money putting the plantation back together so the visitors to Barbados can have a glimpse of the life on the plantations back in the hay day of sugar production on Barbados. 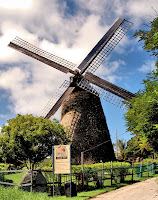 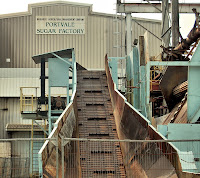 Just down the hill from St. Nicolas Abbey is the Andrews Sugar plantation where you can see a fully restored wind mill for crushing sugar cane.    There is also a sugar museum on the island that takes you through the history and a chance to see a plant that actually produce sugar.   In the Museum you are introduced to several of the early pieces of equipment used to produce the sugar and how the process is accomplished.


This history of the sugar production on Barbados is key to the rum industry that still flourishes on Barbados and is the source of pride for the Bajan people who feel that they produce some of the finest rums in the world as well as being among the originators of rum.   ;o)
Posted by Bahama Bob's Rumstyles at 9:34 AM No comments: