A Bacardi executive has testified at a US Congress subcommittee hearing as the group continues to fight what is calls a “sudden and unexplained” trademark ruling over Havana Club rum.

Bacardi has been selling its own brand of Havana Club rum, made in Puerto Rico, in the US since the mid-1990's.   However, Pernod Ricard owns the Havana Club trademark in the rest of the world as part of a joint venture with the Cuban government, which seized assets from the founding family of Havana Club during the revolution.   Bacardi has expressed outrage since the US Office of Foreign Assets Control issued its ruling last month, allowing Cubaexport, the Cuban entity that owns the US trademark registration for Havana Club, to renew its trademark in the US.   While Pernod Ricard cannot sell Havana Club in the US due to the embargo, it has previously owned a trademark for the brand in the country. But the US government rejected an application to renew rights to the mark in 2006 since its “contravened US foreign policy”.    As such, Bacardi claims the ruling has “reversed long-standing US and international public policy and law”.
The US House of Representatives Judiciary Committee has launched an investigation into the matter and recently called Rick Wilson, senior vice president for external affairs at Bacardi, to take the witness stand during its hearing.   “These decisions are unprecedented and shocking because they undo decades of United States law and policy by approving Cuba’s efforts to capitalize on, and traffic, in stolen goods,” Wilson said in his opening testimony.   “Courts in the United States have steadfastly held that foreign confiscations will not be given effect because such confiscations are ‘shocking to our sense of justice’.”
‘Confiscation at gunpoint’ 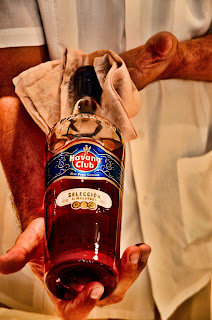 Wilson also argued that Cuban Assets Control Regulations (CACR), which implement the trade embargo against Cuba, prohibit all transactions involving property, including trademarks, if the Cuban Government “has any interest”, unless authorized by the Secretary of the Treasury. He said a loophole in the embargo was closed in 1998, allowing Bacardi and other companies to “ensure Cuba does not profit off of stolen property, especially through US trademark registrations and renewals”.   Of Cuba’s confiscation of the Havana Club trademark in the 1960's, Wilson said: “What occurred was a forcible confiscation at gunpoint. Pernod Ricard, knowing all of this sordid history, chose to invest with Cuba in this stolen brand.
“For decades, the United States has prevented Cuba and its business partners from profiting off the United States Havana Club registration – it should continue to do so.”  House Judiciary Committee chairman Bob Goodlatt said: “This week the IP subcommittee will examine the issue of confiscated property in Cuba.
“The Cuban government, led by Fidel Castro, has stolen billions in property, including homes and businesses, owned by Americans and American investors. Perhaps the most recognised case is that of the Arechabala Family liquor business, which had its trademark for Havana Club Rum seized by the Cuban government and then licensed to another company against the family’s wishes.
“As the Obama Administration looks to improve relations with Cuba, important questions remain about how these claims will be satisfied.”
Read More at https://www.thespiritsbusiness.com/2016/02/us-congress-scrutinises-havana-club-ruling/