Don Q is releasing an ultra premium and a premium expression as a part of their 150th Year Celebration to the United Kingdom.  Their 2005 Signature Release Single Barrel is the first single-barrel expression is to be released by Don Q and is part of this limited edition series, with only 6,000 bottles produced.   Aged in American white oak barrels for 10 years, the 2005 Signature Release Single Barrel is a departure from Don Q’s portfolio of blended rums, the company says. The 80-proof light rum has a deep woodiness with sweeter notes and an aroma of heavy oak, leather and dried fruit.
The first being the Single-Barrel 2005 expression, with 3,000 4.5-liter cases allocated to the U.S. and Puerto Rico, and the remaining 1,000 cases destined for Europe.   A 2007 Single-Barrel variant will follow in 2017.   Don Q Signature Release Single-Barrel Rum is 80 proof, available at select liquor stores throughout the US, and is priced at $39.99 for a 750-ml bottle. 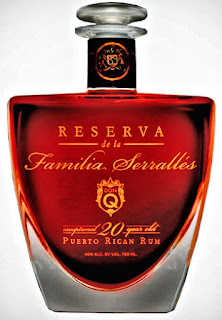 The second release is an ultra premium expression.       Only 1,865 bottles of the Gran Reserva de la Familia Serralés  were made.   Puerto Rico’s Don Q has one of the richest histories in the rum making industry.  Now they are capitalizing on it with one of the finest rums ever made.   Company founder Don Juan Serrallés founded and named his Puerto Rican Hacienda Mercedita sugar cane plantation named for his wife, Mercedes.  In 1865 he produced his first rum using fresh sugarcane in a copper pot still imported from France.  He would later name the company for Don Quixote.  Don Q rum received global attention when bartender Ramon Marrero used it to create a popular new cocktail he called the Piña Colada.

Now the company is making headlines again as it celebrates 150 years of rum making with the release of the Gran Reserva de la Familia Serralés, its their most elite bottle ever offered.  Don Q is marking the 150th anniversary of its 1865 founding last year with the very limited-edition bottle, blending 20-year-old rums from its oldest warehouses, hand-selected by sixth-generation distiller Roberto Serrallés. The elixir is being compared to cognac and in keeping with the company’s birth, only 1,865 bottles will be produced, with each costing $1,865.

Posted by Bahama Bob's Rumstyles at 5:26 AM No comments: