For a complete schedule and information on the event check this web site http://www.fla-keys.com/hemingwaymedia/ .

Earnest Hemingway's presents in Key West has left an indelible impression on this city, from the time he spent at Sloppy Joe's to the fishing, to his house on Whitehead Street.     This week is the 31st annual Hemingway Days here is Key West and another chance to get out and either be or act like "Papa" for a week.     Tomorrow is the celebration of his 112th birthday, there is a three day marlin tournament, a zany version of the running of the bulls, "Papa Hemingway Look-a-Like Contest", and many other special events celebrating Earnest Hemingway's time in Key West. 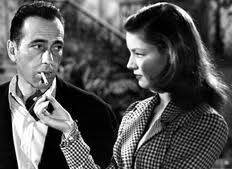 Having written many of his more enduring work while living here in Key West it is only proper that Hemingway Day be celebrated during the week of his birthday, and right here in Key West.     Hemingway's other claim to fame was his socializing with "The Mob" at Sloppy Joe's and other Key West bars.     This is said to have been the inspiration for the writing of "To Have Have and Have Not" in 1937, probably his wost endearing work.     Depression ear Key West people referred to a "Conchs"  who were suffering from depravity and hunger and other social issues of the time.    The novel received mixed critical reviews, but like so many other literary works, this one just doesn't go away.    Howard Hawks made a movie adaptation in 1944 based on the novel, that by the way Hemingway felt was "his worst book" and "a bunch of junk".

Take the time to help celebrate with us in Key West and get out and have a Hemingway Daiquiri to get into the spirit of the week.
Hemingway Daiquiri
Place all ingredients in a shaker and shake till chilled and strain into a cocktail glass filled with crushed ice.  Garnish with a lime wheel.