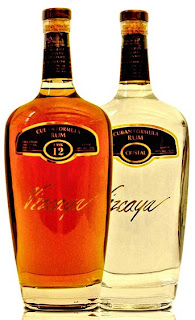 Having rum brands like Vizcaya, Cubaney, and Opthumus,  Oliver and Oliver is producing some of the finest rums in the world from their Dominican Republic plant.   These rums all have a very strong Cuban heritage that stems from the late 18th century.

Juanillo Oliver arrived in Cuba from Spain as a soldier and started his family on the island of Cuba in the late 1700's.   Upon the completion of his military obligation, he decided to settle in Central Cuba in an area know today as "Oliver" near Las Placetas.     Here is where the family was raised and the beginning of the operation that lead to the production of sugar cane and tobacco began.  They would later on added companies to process their cane and tobacco, including the making of rum and brandy.    By the middle of the 1800's their rums were considered to be among the best in the world.   The Cuban War of Independence in 1895 brought the family rum and agricultural efforts to an end.   The soldiers razed the factories and burned the sugar cane fields as they fought the battles in central Cuba.     During the Cuban Revolution that began in 1959, the Oliver Family left Cuba and relocated throughout the world.   In 1980, one of Juanillo Oliver's descendants returned to Cuba to research the family history.   He discovered many of the old files and documents that revealed the old recipes and formulas used to make rum by the family in the 19th century.

Since the Dominican Republic shared a like soil and weather with Cuba, it was decided that the family would set up a new rum factory and bring the family dream of producing rum again to fruition.  In 1990 the first year that rum was produced and after almost 100 years, fine quality Cuban rums were being produced again by the Oliver Family.

Oliver and Oliver today makes many fine rums with distillates from Panama, and Trinidad. The aging is done in Bourbon barrels from the United States and sherry barrels from France.    Master blenders from Cuba relocated to the Dominican Republic and other artisan rum makers were put together to form the team that today makes the fine Cuban style rums produced by Oliver and Oliver.
Posted by Bahama Bob's Rumstyles at 1:36 PM 1 comment: