Over 350 rum fans have collectively broken the Guinness World Record for the largest rum tasting as part of the eighth annual RumFest held in London yesterday. 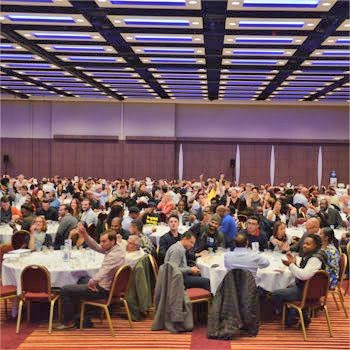 Some 353 rum fans collectively helped set a new record for the World’s Largest Rum Tasting.
Global rum ambassador and RumFest founder Ian Burrell led a tasting of six rums at London’s ILEC, with figures from each distillery in attendance to present their product.
“Rum is about history and that’s what we all achieved today,.” Burrell said. “It was a true honor to be joined by such esteemed representatives of the category and to enjoy such a special evening with so many rum lovers.”
Joining Burrell in leading the tasting were Xavier Herrera from Diplomatico; John Eason from DonQ; Asbel Morales Lorenzo from Havana Club; George Freegard from Pusser’s; John Georges from Angostura; and Joy Spence from Appleton Estate.
Read More at http://www.thespiritsbusiness.com/2014/10/new-record-set-for-worlds-largest-rum-tasting/?article-source=newsletter&source=276&date=2014-10-10
Posted by Bahama Bob's Rumstyles at 7:12 AM No comments:

Rum Sour, a New Twist on and Old Cocktail

Time for a very simple new cocktail for the evenings.    This is a somewhat tart cocktail that is refreshing and flavorful to spend an evening on the patio or the aft deck of the boat with.  Give it a try, you will enjoy it.