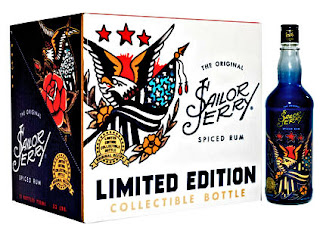 Anchor Media to donate $100,000 to support US military veterans.  Sailor Jerry has unveiled a limited edition bottle design in honor of Military Appreciation Month.   Sailor Jerry and Anchor Media will donate the money to the United Service Organizations (USO), which works with programs that support service men and women throughout their time in the military and as they adapt to civilian life after serving.

Ashley Thomas, Sailor Jerry Spiced Rum brand ambassador, said: “It’s an honor to expand our USO partnership, given the fact that Norman ‘Sailor Jerry’ Collins was greatly influenced by his time serving our country.”   Sailor Jerry’s total contribution to the USO and other military organizations over the past six years now stands at $750,000.   As well as the brand’s latest funding pledge, Sailor Jerry has also unveiled a limited edition bottle design in honor of Military Appreciation Month (May). The bottle will be available at national and local liquor stores across the US for $15.99.

Thomas said: “With the launch of the new, limited edition bottle wrap, we are proud to celebrate our patriotism, as well as honor the dedicated service of the troops and Norman himself.”