It was a half a century ago when the doors of Sloppy Joe's in Havana were closed, but today the visitors are able to again visit the famed bar that so many legendary customers use to frequent.   This is a part of a massive revitalization of Historic Old Havana by the Havana City Historian's Office.   They have brought back many blocks of buildings that were crumbling after years of little or no maintenance.   This revitalization is so great to see, the beautiful buildings and statues that make Old Havana's history so colorful are rising again to their previous stature. 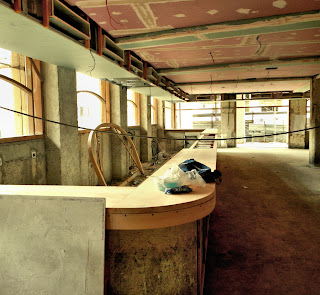 The re-opening is scheduled for this month bringing back the memories of the glitz and glamor of the original establishment.    It was a pleasure for me to tour the building last September during my visit to Havana and see all of the progress that had taken place.   The long bar was being reconstructed and much of the ornamental trim being restored.   Ernesto Iznaga is the manager of the reborn Sloppy Joe's feels that his primary job is "to restore it to how it was before". 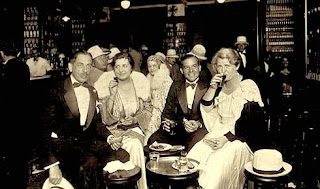 Originally founded by Jose Abeal Otero in 1918, this one time grocery store became one of the centerpieces of Old Havana.   Jose Rafa Malem, a Havana Barman has memories as a child having lunch and Coco Cola with his parents at the "long bar", some 59 feet long.    At night the bar transformed into a hangout for Americans and other tourists of the period.   Those days were noted for their gentile dressed men and women with long white gloves all there to bask in the Island culture and music.

It was not unusual to see the likes of Ernest Hemingway, Josie Russell ( Sloppy Joe from Key West), Frank Sinatra, Ava Gardner, Errol Flynn, Nat King Cole, Baseballer Ted Williams, and even Babe Ruth enjoying the fun times at Sloppy Joe's.    If and when the U.S. ever lifts it's embargo, I would not be surprised to see the likes of many current celebrities visiting Sloppy Joe's again. 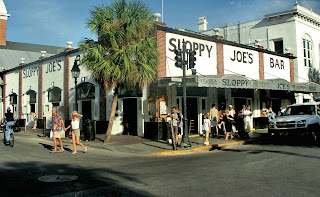 Here in Key West, there is interest in the re-opening because of the connection between Sloppy Joe's in Key West celebrating 75 Years and Sloppy Joe's Havana for which Josie Russell named his bar at the urging of his friend Ernest Hemingway.    I'm hoping to be able to revisit Havana again soon and be able to see first hand the finished product that I was lucky enough to visit during construction last September.  ;o)
Posted by Bahama Bob's Rumstyles at 8:37 AM No comments: