Alcohol, a Serious Issue Most Everywhere 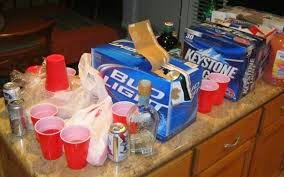 Between the Binge drinking and the depression over Duke Chronicle that came out recently talks about what is being done about the problem at Duke University in North Carolina
grades and other social issues in the college scene.    Alcohol provides an escape from all from the pressures of the college experience.   Many of the students are away from home for the first time and have a tendency to experiment with a number of "vices" including alcohol and find themselves drawn into state of numbness that it provides.  There was a interesting article in the


“This is a significant issue everywhere,” said Jeff Kulley, associate director for clinical services at CAPS. “It’s significant at Duke because of the way drinking occurs among subgroups and how drinking with the purpose of intoxication is normalized.   Students with alcohol dependencies represent a portion of the student population at Duke, said Dan Perry, alcohol and drug senior program coordinator at the Wellness Center.

“Looking at the national data, combined with my perspective, I would say that somewhere around 10 percent of Duke students will likely meet the criteria for a substance use disorder at some point in their lifetime, if not now.” 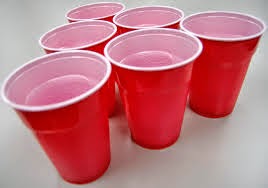 Most college students that develop issues with alcohol began drinking younger than most of their peers, Kulley said, with many showing signs of alcohol abuse in high school. He said the problem of alcoholism usually takes four years or more to develop.
Students who come to CAPS worried about their dependency on alcohol would first meet with a staff therapist for an initial assessment, said Kulley. During this appointment, the therapist would address the students’ concerns and describe possible treatment options.   “We operate from a standpoint of identifying with students’ worries about consequences,” said Perry. “We work with them in terms of where they are and what their motivation to make changes is.”
Read More at  http://www.dukechronicle.com/articles/2015/03/05/alcohol-significant-issue-everywhere#.VPrggnl0x1s
This is a serious issue that there is a service at most colleges to help the students overcome this  potentially deadly affliction.   Programs like AA meetings on campus and psychological help can address this issue before it becomes a lifelong issue that will ruin your life if it doesn't kill you.
Posted by Bahama Bob's Rumstyles at 7:00 AM No comments: