Between 1905 and 1912, Henry Flagler and his crews built the Florida East Coast Railway that ran from Miami to Key West.   The Bahia Honda Channel was very deep compared to the other crossings and a different approach to bridging it was required.  Flagler's engineers decided to us a truss construction method to traverse the channel.   The center span utilized a "Parker Truss"to connect the 247 foot opening, the 186 foot spans used "Pratt Trusses", and smaller 128 foot "Pratt Trusses" on the remaining 13 spans.  All of these trusses were connected by pins making it the longest pin connected bridge in America.

The Railroad operated until the Labor Day Hurricane of 1935 blew the train off of the track and did serious damage to the rail bed.   The bridge was late sold to the Overseas Road and Toll Bridge District and converted to vehicle usage.  Unlike the other bridges that the highway could just be widened and laid right on top of the existing rail bed, there was no way to widen the rail bed within the trusses.  The answer was to build road bed on the top of the bridge.  The Bahia Honda Bride was the first to be bypassed and by 1972 after the west end deck girder was removed. 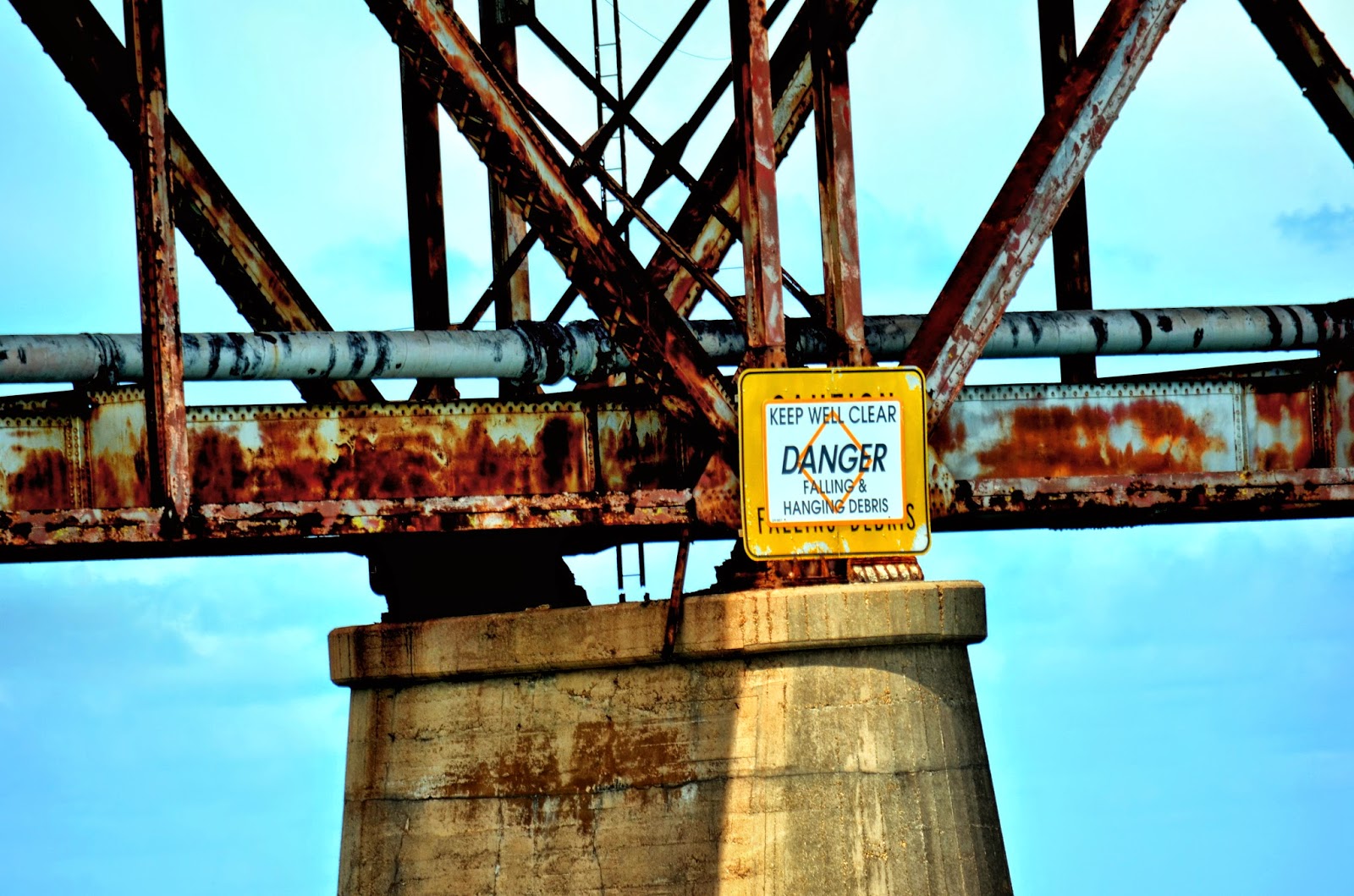 While most of the bridge is now abandoned, the east end of the highway bridge is used by the
Bahia Honda State Park for pedestrian traffic.  The Gap is the water entry into the Beautiful Bahia Honda Bay.  The view from the bridge offers a spectacular view of the surrounding keys.

Unfortunately, the bridges days are numbered.  The corrosion of the steel trusses and the falling
debris from the bridge is rapidly becoming a serious problem.  There is a plan being considered for it's removal in the near future.  If you haven't seen of visited this amazing piece of Henry Flagler's historic railroad, do so before it is gone.  This is an amazing sight to see and to see from atop of it.  ;o)