Monkey Rums are Here in The Rum States 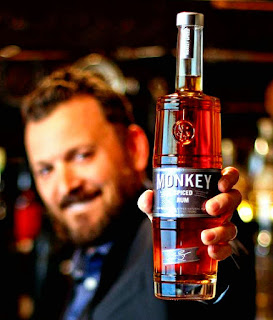 Zane Lamprey has often been inundated with the question of “what is your favorite spirit?”   Having never been able to truly answer the question, Zane decided instead of picking from the numerous libations he has consumed over the years that he would set out to create his own drink and put the question to rest.  Thus the idea for Monkey Rum was born.    Zane has spent two years doting extensive research, that yielded the recipes for these rums.  Eventually, he was  decided on two rums that became  his favorites, Zane Lamprey’s Monkey Coconut Rum and Monkey Spiced Rum.   Lamprey is not just some paid talking head for the rum, either. He tells Miami New Times,"I founded this company. I developed the rum. I'm not just slapping my name on it." 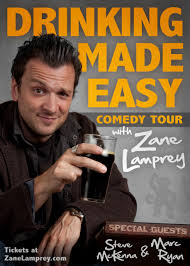 Zane Lamprey’s Monkey Rum is available in a limited number of US States.   Lamprey, who has hosted a numerous  television shows that explore drinking cultures in different countries, including Drinking Made Easy and Chug, unveiled his rum expressions last year.   Following the initial seed launch on Kickstarter, his Monkey Rum with Toasted Coconut and Monkey Spiced Rum are now available in New Jersey, California and Florida.
“I set out to create a Rum that captured the spirit of my adventures—a more evolved rum compared to what was available on the market,” said Lamprey.    “After years of refinement and testing, this product is something I am incredibly proud of.”

The name of the brand refers to Lamprey’s drinking “companion”, Pleepleus the monkey who appeared in each of his shows.   References to Pleepleus can be found in “at least a dozen” locations on the bottle.    Zane Lamprey has spent countless hours making sure his rum has all the best ingredients. However, the most important of these is not something you can easily find or identify. That ingredient is Personality. Through his travels, Zane has come to realize that no matter how many times you distill, or how much effort you put into the process, if a drink doesn’t come with some personality, the purpose is lost. Monkey Rum is about sophistication, adventure, and fun.   “Let Monkey Rum inspire your sense of adventure.” -Zane Lamprey
Posted by Bahama Bob's Rumstyles at 7:00 AM 1 comment: