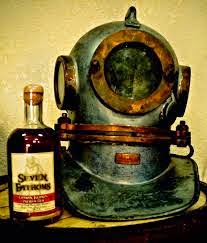 Underwater aging that has been tried and successfully used by my friend Walker Romantica with his "Seven Fathom" rum is now being touted by the wine industry as successful.  This is the process that is used to age the rum in Caribbean Sea seven fathoms below the surface off the coast of Grand Cayman.  The concept of constant temperature and pressure along with the gentle movement of the ocean help the rum to be finished quicker and in a very nice manner.

The winery’s 2009 Cabernet Sauvignon was aged for two years under water, California winemaker Gustavo Gonzalez, of Napa Valley winery Mira, is overseeing the project in which barrel-fermented Cabernet Sauvignon was bottled and then dropped in secure crates into the Atlantic Ocean, off the coast of South Carolina, US. 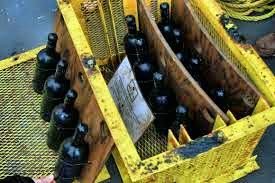 At an event hosted by the winemaker two weeks ago, around 24 guests at The Palm in Orlando, Florida, sampled the wine. Gonzalez said the results of the experiment were both pleasing and fascinating.
“The first wine we brought up was analysed against the same vintage aged on land,” he told The Miami Herald. “Chemically they were identical but there was a distinct difference in the wines’ taste and aroma. The submerged wine had aged nicely with well structured tannins.”
You can read more at http://www.thedrinksbusiness.com/2014/11/underwater-wine-ageing-deemed-a-success/ 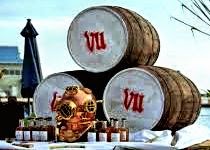 The real difference is that the wine was put into the bottle after barrel aging on the land then submerged.  Walker Romantica put the barrel into a protective package and then submerged it.   The true aging and the reactions of the alcohol and the barrel are what is truly happening with the "Seven Fathom" process.  I think that the wine makes would find better results if the barrel itself is submerged instead of bottled wines.  ;o)
Posted by Bahama Bob's Rumstyles at 7:00 AM No comments: