How Alcohol Makes you Friendlier and Nastier, Depending on Who You Make Contact With

Social Drinking is one of the things that people believe makes them friendlier, but not toward everyone.   I find that if I drink Tequila, it really doesn't make me friendlier toward anyone, but even rum can't make me feel warm and fuzzy toward some people.  There is a story that I ran across this morning that seems to shed some light on this subject. 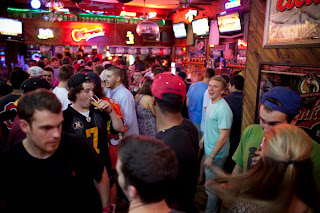 Drinking alcohol is associated with aggressive behavior, accidents and ill health. Yet many of us choose to drink socially. This may reflect alcohol's actions on specific brain circuits which make us feel euphoric and less anxious. Alcohol may also make us more empathic and cause us to see other people as more attractive. But why do these reactions occur and are the positive effects of alcohol expressed towards everybody we interact with?


Alcohol is a drug, one of the three most commonly used in the world, along with nicotine and caffeine. When we drink, the alcohol binds to a specific type of receptor in the brain and boosts the activity of a natural brain chemical called GABA. The effect the alcohol has on us depends in large part on the dose, and the location of these GABA receptors within the brain. 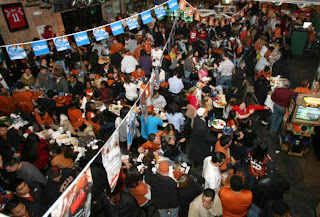 Early on in a drinking session, the alcohol acts on GABA systems to boost the levels of dopamine, the brain's reward chemical. This gives a sense of well-being and a sense of mild euphoria. Alcohol also acts on GABA receptors to impair the activity of the brain circuits that make us feel anxious and, at higher doses, alcohol inactivates a second set of brain circuits that control fear. So threatening stimuli no longer seem quite so scary. Alcohol also compromises our ability to compute risk so that situations we would normally shy away from may now seem quite inviting.


All of this points to alcohol as a facilitator of social interactions. As well as making us more empathic, laboratory studies have also shown that drinking alcohol can make us trust others more and make us temporarily more generous.
Read More at http://digg.com/2015/how-alcohol-makes-you-friendlier-but-only-to-certain-people
I agree with the fact that alcohol is a facilitator, because I know it takes a couple of drinks before many people will get up and sing karaoke, or ask someone to dance.  It gives the user a euphoric feelings to some people and pick fights with others, and the reasoning of this study is very interesting.  ;o)