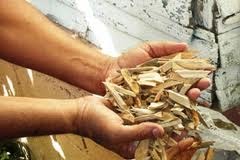 Mamajuana, like my own Bahama Bob's Root Juice is a natural herb infused liqueur.    Both Haiti and the Dominican Republic have versions of this popular indigenous spirit,  know for it's ability to stimulate the libido.    The common saying I've heard form people traveling to Key West is "one Drink and Mama Wanna".     This was originally made by the Taino Indians.    They would boil roots to make a type of tea, honey was added as a sweetener, then as time passed rum and wine was added to make the Mamajuana that we know today.

The ingredients in Mamajuana include: 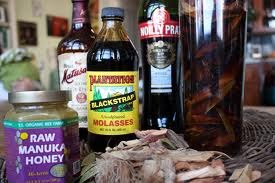 This herbal infusion is usually kept a room temperature and consumed as a shot.    The infusion time varies, but two to four weeks is a minimum for the flavors to be infused.     It is said that the herbs are good for 10 to 20 refills with the rum, but others have found it ids good for a year or more, as in the case of the Root Juice (Now having the same ingredients for 17 months and 118 bottles of rum passed through them).     No matter how you use it or make it it provides days of fun watching people stare at it and finally try it out of pure curiosity, just not being able to resist the temptation of something that looks so evil.    What will you do when you come across it?

Posted by Bahama Bob's Rumstyles at 9:11 AM No comments: Links to this post