The Emergance of the Rum Cocktail and the Balance 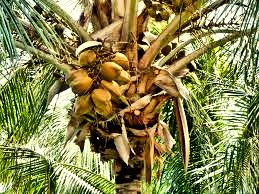 Rum, the by product of the West Indies sugar cane plantations, has grown in popularity since the early days of the "Triangle Trade".    Rum is made all around the world today and has become one of the most popular spirits today.   The development of uses for rum and ways that you can actually enjoy the experience of drinking these spirits is the history of rum.    Originally rum was bottled at a very high proof, and only aged for a very short period of time.  Thus making it very rough and hard to "swallow".   Some of the earliest rum cocktails were rum mixed with coconut water and fresh lime juice.    This is a very simple cocktail that is still served today through out the world and especially in the tropics.   This simple cocktail dampens the bite of the rum without killing the rum's taste.    Americans had their own "cocktail" during the colonial days.  Rum was added to a "Toddy", sugar and spices mixed in hot water, and a bit of added rum was a popular drink of the era.

In America during the colonial days, rum was produced as part of the "triangle trade" and was sent to Africa where it was traded for slaves, whom were traded for molasses, which was traded for rum, and the process continued for many years until the embargo by the French and the British in the post American Revolution years cut the molasses off to America.    Rum production came to a halt, but the American Whiskey stepped in and filled the gap caused by the loss of the molasses. 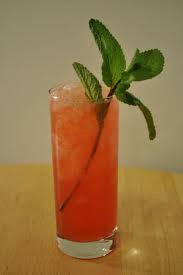 Post prohibition, the drinking of "adult beverages" became very popular in America and the advent of the festive Polynesian style "Tiki Bars" was the next real gain in rum consumption in the states.     A lot of the credit for this boom has to go to Don the Beachcomber and Trader Vic Bergeron both California based promoters that took the Tiki Bar to new heights.   With the Tiki Bars came more and more rum cocktails and the battle over who really invented them.   I feel that the two of them created these battles just to bring more interest to their bars and cocktails.   No matter how it really happened, it worked, and for the decadesof the 50's up until the 80's Tiki bars flourished. 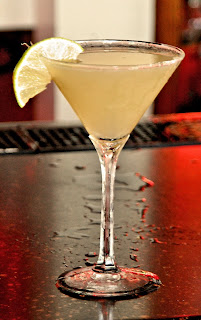 Today the rum cocktails are heading back to many of the classic forms.   The early recipes followed the idea of something strong, something weak, something sour, and something sweet.   I guess that today they all pretty much follow that concept.   A concept that allows the balance in a cocktail that gives it the great flavor that makes you want another.    This is the basis of the basic daiquiri, planter's punch, and many of the other Caribbean classic cocktails.    The tiki cocktail makes seemed to follow the same concept, but with many other ingredients.    The balance of sweet and sour, strong and weak, is still the goal for a great cocktail.

The "balance" is what we have found in the Rum Lab for cocktails that were really good.   The "not so good ones" or "so so ones" have really lacked this balance.    You can mix anything you want to in a cocktail , but don't tip the scales to throw off the balance of the cocktail or it will flop on the palate.
Even in the earliest rum cocktails, the rum was the strong, the water was the weak, the coconut water was the sweet, and the lime was the sour, remember to keep the basics in mind as you create your newest cocktail, and it could be the next Mai Tai or Pina Colada that goes on for decades and decades as a popular cocktail.   ;o)
Posted by Bahama Bob's Rumstyles at 9:21 AM No comments: Links to this post