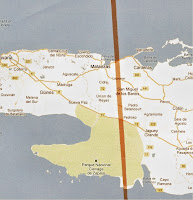 In the year 2000, my wife Marta and I embarked upon an adventure exploring the Northern Caribbean.    The first leg took us from Charlotte, North Carolina to Key West, Florida.   After a wonderful day on the island that I would call home a short 5 years later,  we were off on one of the most exciting legs of the trip.  Crossing Cuba at 8000 feet, an altitude that allowed great visibility of the island and a chance to take many really cool pictures from the plane. 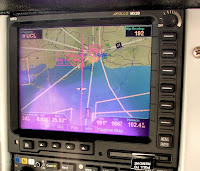 After a short 40 minutes in the air, we had Cuba in sight.   It appeared on the GPS screen and we were just off of Matanzas, Cuba and our first real sight of the island.    This is a very exciting event for a guy that grew up with Ricky Recardo and the movies of the 40's and 50's about all of the cabarets and music that I was barred from as a result of the American - Cuba Feud, sort of reminiscent of the "Hatfield and the McCoys".   Anyway I was over Cuba and could not have been more thrilled.

﻿      The trip across took us over the national farms and the Parque Nacional Cienaga de Zapata (Zapata Swamp National Park)  as we left Cuba for Grand Cayman, and our destination for the day.   The Farms were very interesting, they had a complex that appeared to be housing for the workers, and even a baseball diamond as a part of the complex.     The route they allowed us to cross was just to the east of Havana, and from the altitude we were at, never got to see Havana.     Most of the country that we saw was farmland and few signs of any city style living.


When we reached the South Coast, the National Park was a beautiful site.  The meeting of the ocean with the land was one of beauty and just an awesome sight.   The ocean and it's many colors blending with the green and browns of the land made for a very lovely and memorable picture.   The Zapata Swamp is noteable because of the large number of birds. reptiles, plants and invertabrates that inhabit the swamp.   Truely a valued and highly protected wetlands.

That was a really great experience for me, and one that I will never forget, but with a little bit of luck, I'll be returning, but this time I will get to spend 4 days in Old Havana to do some research of the places that Hemingway hung out and spent his time in Havana.  Rum research is also a very big part of the trip as well.   ;o) 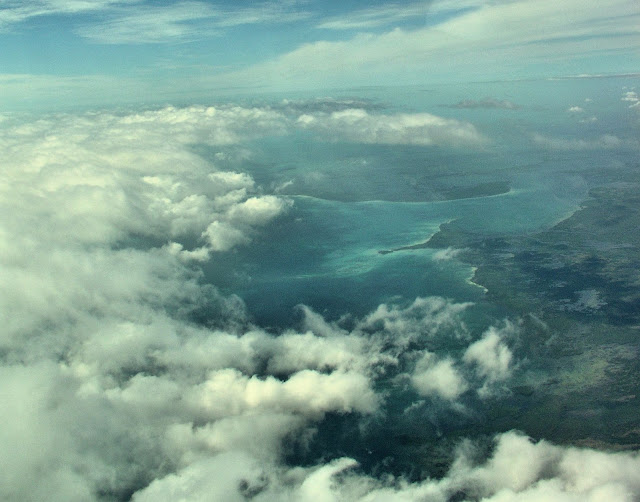 Posted by Bahama Bob's Rumstyles at 11:13 AM No comments: