Running November 22 and 23, this is a fun and informative event that is made very special by the flair of the Caribbean island of Granada.   The 2013 Caribbean Rum and Beer Festival is packed with special events in addition to the grand tasting of fun and exotic rums from all over the Caribbean.   All of the excitement of the fine rums and beers is only the beginning of this colorful annual event.

The Granada Golf Tournament at the Granada Golf  Club which includes a 9 Hole and 18 Hole event including lunch on Saturday the 23rd from 7am until 4 pm.  Lots of prizes, and fun, equipment is available or you can bring your own. 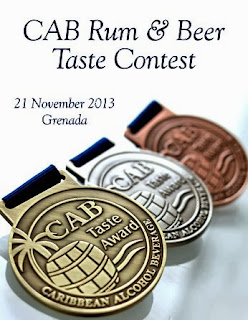 The Annual CAB (Caribbean Alcohol Beverage) Taste Contest is on The 21st, featuring the

contest as an established part of the Caribbean Rum & Beer Festival. The competition is fierce and the winners deserve to be recognised as 'best in class'. This years blind tasting session will be held in Grenada on 21 November 2013.
Each category of product will be judged by a rum or beer panel made up of industry experts.   Members of the esteemed expert rum panel include influential rum commentators from the International Rum Council, Rum XP panel members, the editors of ‘Got Rum’ magazine as well as members of the Ministry of Rum.
The expert beer panel contains a range of brewmasters, authors of beer publications and beer pundits.  All products are sampled blind and judges award Gold, Silver and Bronze accolades to the adjudicated top three products in each section.
The rums are broken down into categories and judged on aroma, appearance, taste, finish and overall impression.   The categories include white, gold, dark, aged 5 to 9 years, aged 10 to14 years, premium aged 15 years plus, white rhum agricole, dark rhum agricole, overproof, flavored, and rum punch.  There will be awards given for each category of rum.
Other Special events include: 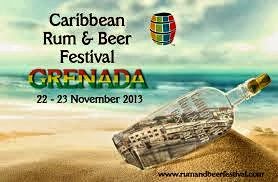 You can make the trip to Granada and have a dual fun time.  The unmatched beauty of Granada and the fun of getting to know the rums and the people that make it is an unforgettable experience.  Hopefully I'll see you at the Caribbean Rum and Beer Festival this year.  I'm looking forward to being a judge in this years CAB Tasting Contest .  I'll be issuing daily reports from Granada while I'm in country as usual.   ;o)
Posted by Bahama Bob's Rumstyles at 7:54 AM