The Top 10 Untruths about Alcohol You Need for Fantasy Fest

I ran across this article in "The Daily Mail", and I just had to share it with you.   With Fantasy Fest just getting under way, I think it is something that needs to be brought out in the open.   You can read the rest of the article at http://www.thedailymeal.com/10-alcohol-myths-just-aren-t-true/101713

I hope you get the same kick out of this that I did.  ;o)


The 'Beer Belly' is Caused by Drinking a Lot of Beer


Thank goodness you can relax and take an extra swig of your beer without loosening your belt buckle. Professor of food science and technology at the University of California, Davis Charles Bamforth is also an Anheuser-Busch-endowed professor of brewing science and he told Popular Science, "The beer belly is a complete myth. The main source of calories in any alcoholic beverage is alcohol...There's nothing magical about the alcohol in beer, it's just alcohol." Alcohol has a high sugar content, which means that drinking too much of it will cause weight gain. Period. But if you’re seeing some extra girth around your midsection it can’t necessarily be blamed on the few extra beers you threw back on Saturday night — it very well might have been the martini last night, or the glass of wine on Friday. There is no longer a need to single out your poor beer as the cause of alcohol-induced weight gain.


Drinking Coffee Will Sober You Up


MythBusters helped us to bust this myth. They reported that "Coffee does not help you get sober. If you're plastered, you're going to have to wait several hours for the alcohol to leave your system on its own. Drinking coffee won't make your body metabolize alcohol faster." Alcohol has to metabolize in your body in order for you to sober up. Caffeine won’t necessarily speed up that process, but it may heighten your senses and allow you to appear more sober. Unfortunately, you’ll just have to sleep off your drunken stupor.

If you're a woman, the next time you try to go shot for shot with a bunch of your guy friends you should remember that you actually will get drunker faster than the men in the group. The National Council on Alcoholism and Drug Dependence reported that when men and women of the same height, weight, and build were compared, it was found that men tended to have more muscle and less fat than women. Muscle has more water than fat, which means that alcohol is more diluted in men than in women. So in reality, the blood alcohol concentration (BAC) is going to be higher in a woman than in a man, and the woman will feel the effects of the alcohol sooner than a man will.

Absinthe is a Hallucinogenic

Believe it or not, there is actually an association dedicated to absinthe called The Wormwood Society. They reported that "Contrary to popular misconception, absinthe is not hallucinogenic, psychedelic, or narcotic. If you're looking for this kind of experience you'll be very disappointed in genuine absinthe. The only drug in absinthe is alcohol." Absinthe can be extremely high in alcohol content, though, making the drink extremely pungent when mixed in martinis and other cocktails. And let's face it, if you have too much of any alcohol you might start seeing things — it’s the beer goggles theory.

Mixing Alcohol with Energy Drinks Will Make You Drunker

This was a tough myth to bust, but the answer is no, mixing alcohol with energy drinks will not make your drunker. California State University, Chico reported that alcohol mixed with energy drinks usually contains the same amount of alcohol as draft beers and wines, but it’s the addition of caffeine that can cause a dramatic intoxication. They reported that "experts have started to call [it] the 'wide-awake drunk.' Essentially, this means the individual will have the same blood alcohol content, BAC, as they would have without drinking the energy drink, however the stimulants creates a more 'sobering' effect." It should be noted that mixing energy drinks with alcohol can be incredibly dangerous to your health  — we don’t recommend it.

'Beer Before Liquor, Never Been Sicker'

This myth explores whether or not the order in which you drink different alcohols will make you sick. We left it to MythBusters rather than doing our own hands-on research and they reported that, "If you knock back the same alcohol content by chugging brewskies as you would switching between beer and liquor, you'll be at risk for the same aftereffects: dehydration, memory loss, nausea, and sensitivity to light and sound — in other words, a hangover." Regardless of whether you drink your beer before your liquor or your liquor before your beer, you’ll still end up with your head in the toilet if you drank too much.

Vomiting Helps to Sober You Up 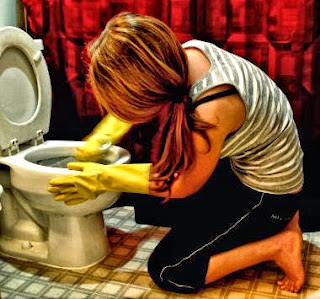 This is another myth that does have some gray lines. Health Guidance reported that vomiting does expel the alcohol that is in your stomach and will stop it from further entering your blood stream, but the part of the vomiting myth that isn’t true is that it will sober you up. The alcohol that is already in your blood stream needs to metabolize, which means that you might not continue to get drunker but you will in fact remain drunk until your body has completely processed all the alcohol in your bloodstream.

Drinking lighter-colored drinks like vodka and gin won’t necessarily prevent a hangover the next morning, but it may help. The Mayo Clinic reported that congeners, products of alcohol fermentation and one cause of a hangover, are more prevalent in dark liquors such as brandy, whiskey, darker beer, and red wine than they are in clear liquors such as vodka, gin, and lighter beers. The same article reported that drinking too much of anything is going to make you hungover, though — so whether you’re drinking light or dark alcohol it probably won’t matter if you’ve had too much to drink anyway.

This myth is unnerving for college students who binge drink regularly. But thankfully, those who overindulged in college can now rest easy — it didn’t harm your brain cells. The New York Times reported that former researcher at the State University of New York at Buffalo Dr. Roberta J. Pentney found that "alcohol disrupts brain function in adults by damaging message-carrying dendrites on neurons in the cerebellum, a structure involved in learning and motor coordination. This reduces communication between neurons, alters their structure, and causes some of the impairment associated with intoxication. It does not kill off entire cells, however." So there’s nothing to worry about when it comes to your brain cells and alcohol, but that shouldn’t give you the go-ahead to binge drink.

This myth made us laugh a little bit when we came across it. Not all beer is created equal — you are truly in the hands of the brewmaster when it comes to the alcohol content of the beer you are drinking. You may very well have picked a lighter ale with a higher alcohol content than the dark lager your friend is drinking. Some lighter colored beers have a high alcohol content that can easily stand up to a big, bold, dark colored beer. So don’t feel less badass because you ordered something lighter in color than the beer veteran standing next to you.

Posted by Bahama Bob's Rumstyles at 8:29 AM