There is no doubt that the center of Rhum Agricole is Martinique.   There are Fourteen distilleries in the tiny Caribbean island of Martinique produce rhum agricole.   The most renowned include Habitation Clément in Le Francois, Depaz in Saint-Pierre, and Saint-James Distillery in Sainte-Marie.


"In 1870, sugarcane accounted for 57% of Martinique arable lands. Sugar cane prices which once rocketed, plunged heavily due to worldwide over production and the growing availability in Europe of beet sugar. The plummeting prices made mortgages unbearable to many debt ridden distilleries driving most of them to bankruptcy. The surviving one had to find how to make other products form sugarcane. An obvious option was to make rum directly from fresh sugarcane juice and not from molasses, avoiding to run the sugar production process.' 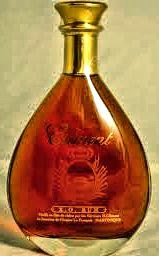 " As the World War I raged across Europe, most of continental French distillery (53%) were either on German occupied territories or destroyed.   France was on a verge of an alcohol shortage, as alcohol was essential for maintaining the troop’s morale as well as producing explosive.   Martinique boosted its production to attain levels which were never to be attained again.   In 1918, continental rum producers began to lobby government to create taxes on imported rum.   Their efforts drove to the adoption of a 1922 law restricting on a certain volume imports from foreign and non-continental producers."
Those restrictions were maintained until end of the second World War, allowing Martinique Rhum (as well as other kind of rums) to be freely distributed in France.   During the 60's Rhum Agricole production rose to come close to traditional (industrial) rum.   By 1970 Rhum Agricole production had overtaken traditional rum production on French market.

What does it take to have your sugar cane rhum to carry the "Agricole" label? 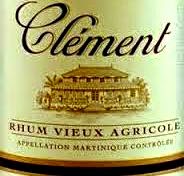 This is a very special kind of rhum, and very different from those that are produced from molasses and other combinations of sugar cane products.   If you haven't tried any of these, you owe it to yourself to give them a try.   Ti Punch is a great mix is you are trying the Rhum Blanc or even the cask aged rhums.   ;o)