A Hybrid Pot Still Built Before You in 2 Minutes


The still is the basis for all of the spirits that make up the rum category.  The video above is a really good chance to se what they are and how they are put together. 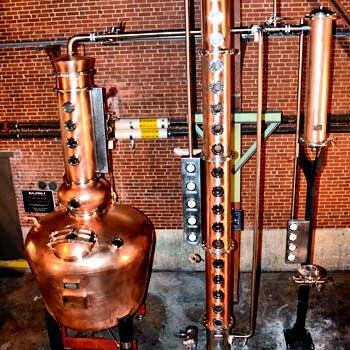 This still was installed next to existing whiskey still Mary, named after George’s wife and mother to the Bowman brothers.  The new 24-foot installed at the Smith Bowman Distillery, still has specific features chosen by master distiller Brian Prewitt to allow him to create unique new expressions.   Prewitt said: “We want to have the capability to try anything and everything, and with George, we should be able to do just that.”

This video give those of you that have not been around stills at all a chance to see what they look like and how they go together in the distillery.  This particular hybrid pot still will work very well for development of new expressions because of the abilities of the still to combine the characteristics of both pot and column stills.

Hope that you found this as interesting as I did.  You don't often get to see one of these stills being assembled in front of you and in 2 minutes.  ;o)