Obama Lifts the $100 Rum and Cigar Limit for American Travelers

American traveling to Cuba and other parts of the world that sell Cuban Rums and Cuban Cigars, because we can carry them home with us without the $100.00 limit.  In an announcement made last Friday, Obama has lifted the limits for Americans traveling abroad bringing home these wonderful items.

The Obama administration announced Friday a new round of executive actions designed to increase trade and travel with the communist island. This is the one many Americans have been waiting for — no more restrictions on the island's famed rum and cigars. Under the new rules, travelers can purchase unlimited quantities of Cuban rum and cigars in any country where they are sold so long as they are for personal consumption. Sorry American couch potatoes: You can't order Cuban rum and cigars online and have them shipped to your home. 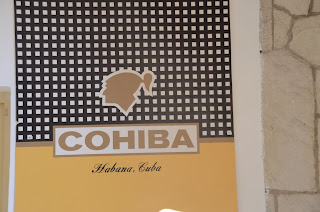 The regulations issued by the U.S. Treasury Department will make it easier for U.S. companies to import Cuban-made pharmaceuticals, U.S. agricultural companies to sell their products to the island and Cubans to purchase U.S.-made goods online.

The changes follow a series of steps taken since President Obama and Cuban President Raúl Castro announced on Dec. 17, 2014, that the Cold War foes would normalize relations after more than a half century of enmity. "The Treasury Department has worked to break down economic barriers in areas such as travel, trade and commerce, banking, and telecommunications," Treasury Secretary Jacob Lew said. "Today’s action builds on this progress by enabling more scientific collaboration, grants and scholarships, people-to-people contact, and private sector growth." 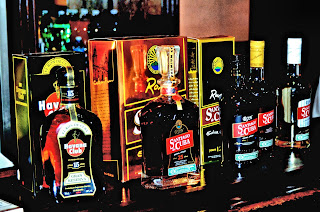 One more step bringing Americans closer to being able to bu Cuban products in our stores here in the states again.  Very encouraging.
Posted by Bahama Bob's Rumstyles at 5:40 AM No comments: Links to this post