The Spirit Business has issued their annual Top 10 American Spirits and Rums made two of the positions.  This is a good indicator for the category this year.  The group received 20 million responses, which were analyzed to determine the popularity score across several categories including food, media, technology and sports.   The results revealed the nation’s favorite spirits brands, which ranged from vodka to gin to whisky to rum and even liqueurs.
It’s no secret that Americans are big fans of their spirits. Last year, the industry experienced record sales in the country, hitting US$26.2 billion, according to trade body the Distilled Spirits Council.  Sales of both domestic and imported spirits were up 4% in the year, while joint volumes rose 2.6% to 226m cases.
Spirits now own 36.6% of the total alcohol beverage market share, marking the eighth consecutive year that the category has gained market share against beer. 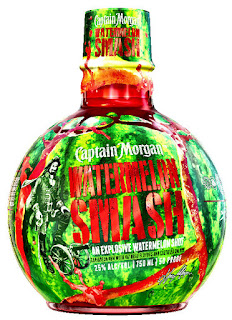 9. Captain Morgan
Diageo-owned rum brand Captain Morgan was described by fans as “good value for money, good quality, refreshing, trustworthy and must-have”.  The rum brand is most popular with Generation X (49%) and is more popular among men than women.  In the US, the brand recently expanded its portfolio of shot-inspired spirits with a watermelon variant and a coconut-flavored expression. Diageo also tweaked the bottle design of its Captain Morgan rum in the US to create a “more modern brand visual identity”.

The world’s best-selling rum brand is also one of the most popular spirits in the US, scoring the coveted second spot.  Bacardi is described by fans as: “classic, good quality, refreshing, familiar and trustworthy”.  The brand recently unveiled its latest effort to tap into premiumization with the launch of two new expressions: Bacardi Añejo Cuatro and Bacardi Gran Reserva Diez.  Meanwhile, the brand continued its Sound of Rum campaign with the launch of a limited-edition rum in collaboration with Trinidadian DJ and music producer Jillionaire, who has been appointed as the brand’s ‘minister of rum’.

Posted by Bahama Bob's Rumstyles at 5:25 AM No comments: Links to this post